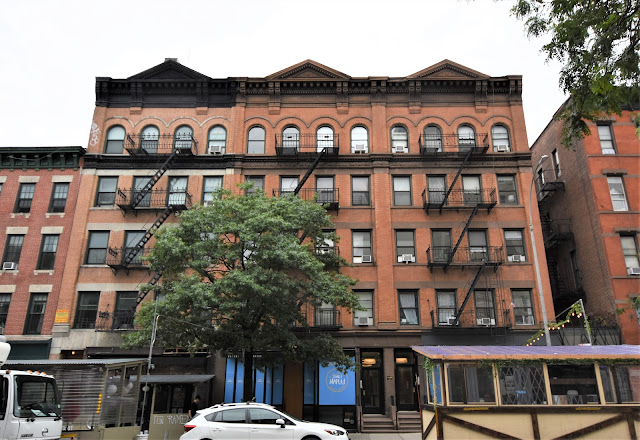 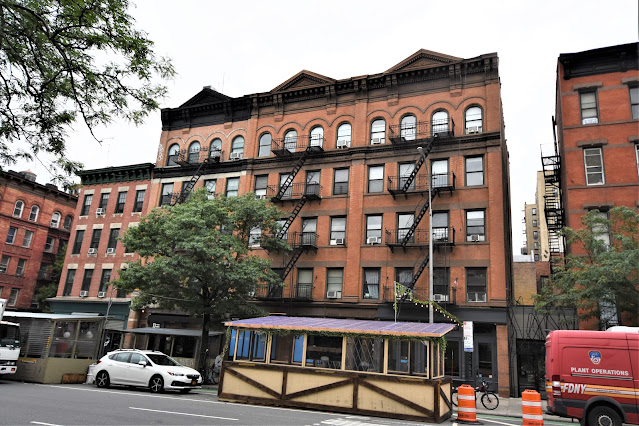 McIntee returned to the scene and removed Hurst from the car.  His handcuffs were removed and he "turned off one or two valves and then raked the fire.  Over a thousand persons had gathered at the spot."  All danger was now squelched.
Officer McIntee walked Hurst to the stationhouse, then returned to push the automobile to the station.  Once there, the sergeant told him to take it to Pierce's Stables at 58th Street and Seventh Avenue.  The New-York Tribune reported, "McIntee pushed the machine all the way to this place, and just as he reached the stable in an almost exhausted condition, Hurst, who had paid his fine, appeared and claimed it."
In 1903 a branch of the James Butler grocery stores opened in 462 Amsterdam Avenue.  It was the chain's 110th store in the metropolitan area.  The store at 464 was home to the Wing Sing Chinese laundry, and Edward Unterman's wine and liquor store occupied 466 Amsterdam Avenue around the same time.  Unterman's shop would remain in the space at least through 1919.
Living in 464 Amsterdam in 1918 was Custom House broker Samuel Harry Pomerance.  He was estranged from his wife, whose professional name was Dorothy Green.  A silent movie actress, Dorothy was described by The Sun as "a slightly built brunette."  She had appeared in numerous films and was best known for playing "vamps."
Pomerance was born in Russia and arrived in America around 1898.  He married Dorothy in 1911 and, initially, their marriage went well.   According to Pomerance, when Dorothy was working in the movies in California, she "would send him as many as six love letters a day."  But in 1916 things changed.  She began an affair with wine merchant Emanuel S. "Manny" Chapelle. 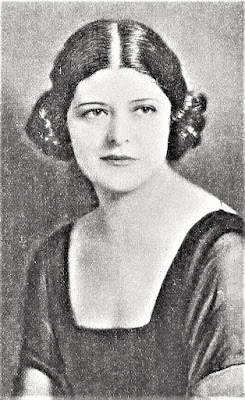 The unfaithful Dorothy Green.  Shadowland, December 1919 (copyright expired)
In court Pomerance said, "When Chappelle began paying attention to my wife early in 1916 we quarreled and finally separated.  She told me frankly she did not intend to change her way of living, and that if I didn't like it I could get out."  Pomerance went to Chappelle's office and told him to leave his wife alone.  The merchant responded saying that since the couple was not living together, Pomerance should "go about his own business and let her have a good time."
Chappelle was also married.  His wife was the ice skater Grace Helaine, the sister of actress Billie Burke.  Pomerance hired a private detective to follow Chappelle and Dorothy.  They raided Dorothy Green's apartment where they found the couple together.  The scandalous divorce trials--Pomerance sued Green and Helaine sued Chappelle--became fodder for gossip and screen magazines nationwide.
World War I took a toll on several of the families who lived here.  On November 30, 1918 the War Department's casualty list included John M. Donahue, "killed in battle."  And on February 20, 1919 the New-York Tribune reported that Thomas J. Rowley had been been wounded, "degree undetermined."
At 3:00 p.m. on September 25, 1946 Patrolman Kenneth Heil was directing traffic at 82nd Street and Amsterdam Avenue when several children ran up and told him Louis Cafiero's stationery store at 462 Amsterdam Avenue was being held up.  The Daily News reported, "The patrolman drew his gun and sprinted."  As he neared the store John O'Neill, a longshoreman, ran out and ducked into the cellar of 460 Amsterdam Avenue.  He had robbed Cafiero of $30 at gunpoint.
Heil followed the gunman into the darkened cellar.  A tense cat-and-mouse game continued for 15 minutes.  Then, as reported by the Daily News, O'Neil shouted, "If you try to come near me, I'll kill you."  The article continued, "Heil aimed at the voice and answered--with two bullets from his service revolver, one of which found its mark."  The wounded 27-year-old was booked on assault and robbery. 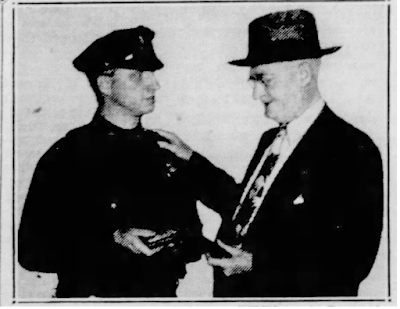 Officer Heil displays the gunman's weapon to Police Inspector James Mulholland.  Daily News, September 26, 1946
The following year, on October 3, 1947 the store was targeted again.  At around 5:30 a.m. Thomas Connelly broke in and stole $20 in coins and a wrist watch.  He was spotted by a bakery driver who telephoned police.  As police cars pulled up to the store, the 22-year-old crook ran out the back door.  He was captured after a "chase across the rooftops during which several shots were fired," according to the Daily News.
The Amsterdam Avenue neighborhood became one of trendy shops and nightspots in the last quarter of the 20th century.  In 1992 The Insomnia Hotel & Bar occupied the former stationery store at 462 Amsterdam Avenue.  It was replaced in 1998 by Mason's Bar, owned by former child actor Mason Reese.
Next door at 464 Amsterdam was Gelateria Richard, described by The New York Times food critic Florence Fabricant on November 23, 1994 as capturing "the flavors and textures of sumptuous Old-World Italian ice creams, called gelati."  Falcon's Peruvian Restaurant occupied 464 Amsterdam Avenue. 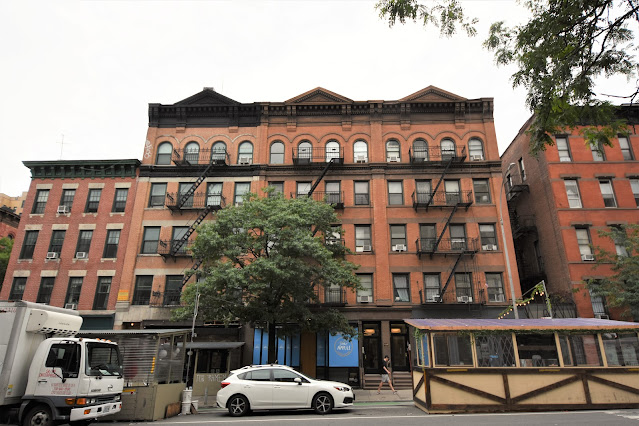 The commercial spaces continue to house restaurants.  And other than replacement windows, the upper floors of the 1894 trio remain  essentially unchanged since the colorful Fanine Milne moved into her fourth floor flat.
photograph by the author
LaptrinhX.com has no authorization to reuse the content of this blog
Posted by Tom Miller at 1:09 AM