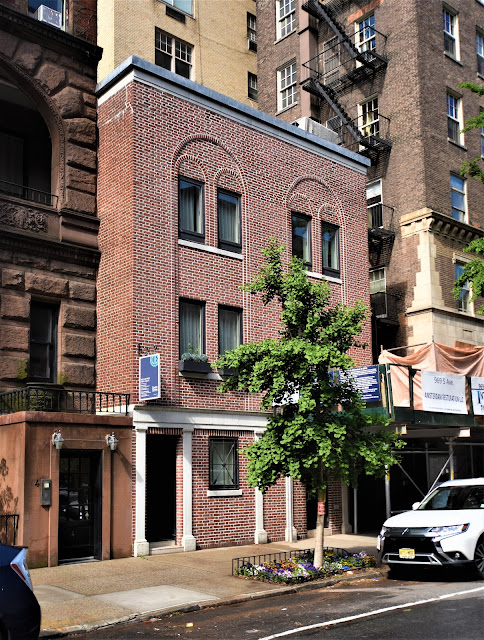 In the first years of the 20th century the the marble palazzo of James Buchanan Duke, at the northeast corner of Fifth Avenue and 78th Street, faced the brick and brownstone mansion built by William Van Duzer Lawrence.  The Edward Lauterbach residence, a delightful blend of Queen Anne and Second Empire styles, abutted the Lawrence mansion to the east at 2 East 78th Street. 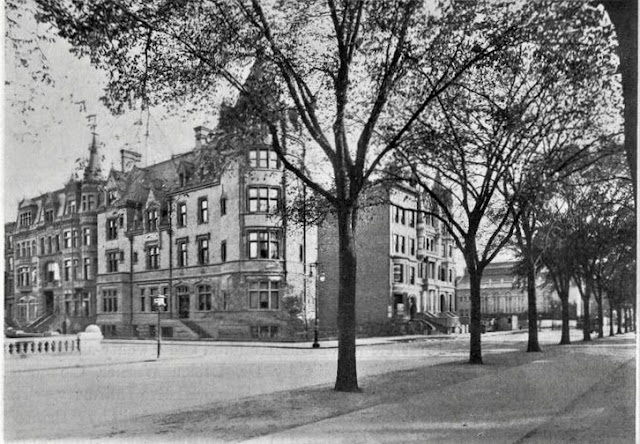 The Lauterbach house with its mansard and pointed tower can be seen to the left of the sliver-like Lawrence mansion at the corner.  from the collection of the New York Public Library
Edward Lauterbach was an attorney who specialized in the reorganization of corporations.  Interior photographs of the mansion show rooms overstuffed with late Victorian furnishings and decorations.
By the Depression years the days of tiger skin rugs, costly oil paintings and French furniture within the Lauterbach mansion were over.   It was now owned by banker Jacob H. Schiff who leased it to Theresa Pearson as a rooming house.  Because of that use, in 1937 the city ordered Schiff to install fire escapes, a sprinkler system and to "fire proof" the basement.  When he got the $6,000 estimate for the work--about $107,000 today--he refused.  Therefore City Marshall James J. Larkin issued eviction notices on the 28 residents, the last of which vacated  the "one-time mansion," as worded by The New York Sun, on February 2, 1937.
There may have been more to Schiff's refusal, however.  At the time the Kensington Estates, Inc. had demolished the Lawrence mansion to make way for a luxury apartment building designed by Irving Margon.   The New York Sun reported "The two top floors, seventeen rooms with surrounding terraces, have been rented to John M. Schiff, grandson of Jacob Schiff."
Schiff sold the former Lauterbach mansion to the developers who demolished it and had Margon design a low-rise  replacement structure.  The following year The New York Sun explained, "As a light-protector for the [apartment] building a private dwelling of three stories has been built at 2 East Seventy-eighth street."  The practice of erecting short buildings to prevent subsequent property owners from cut off the light and ventilation to a large house or apartment building was common.
Compared with the magnificent marble and limestone palaces that lined the block, the new house was unexpectedly Plain Jane.  Faced in Flemish bond red brick and sparsely trimmed in limestone, it strained to bring no attention to itself.  Two shallow brick arches framed the paired windows of the top floors.  An understated stone cornice ran along the roofline. 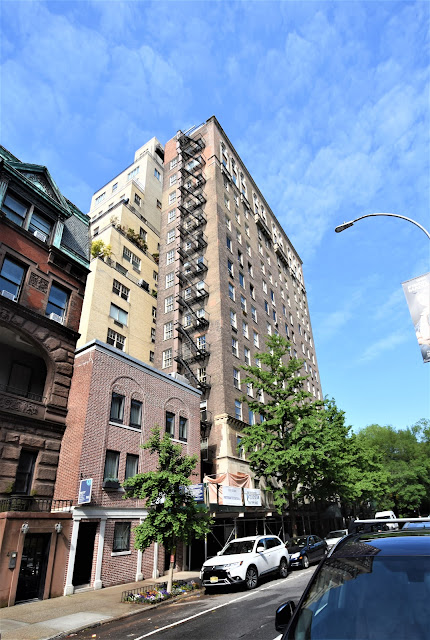 The sole purpose of the house was provide light and ventilation to the hulking apartment house on 5th Av.
On July 23, 1938 The New York Sun reported that the house "has been leased by Dr. Henry Templeton Smith for his residence.  Dr. Smith, whose wife is the actress, Helen Menkin, will have professional offices in the larger building his home 'protects.'"
Born in Waxahachie, Texas in 1891, Smith had served in the Medical Corps during World War I.  He was now "a famous eye specialist," according to the Daily News. 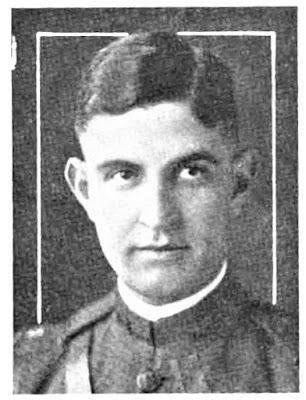 Dr. Henry Templeton Smith in his Army uniform.  (original source unknown.)
Helen Menkin was well-known to New Yorkers as a Broadway star.  Smith was her second husband.  She had married actor Humphrey Bogart in the Gramercy Park Hotel on May 20, 1926.  It was a short-lived marriage.  Helen left Bogart in May 1928 and obtained a divorce in Chicago that November.
On April 8, 1938 the Daily News profiled Helen, saying, "Her most beautiful features are her large, warm brown eyes and her slim, sensitive hands.  Her hair is a natural red, and her skin not so pale as the makeup she usually affects in the theatre.  She leans to black or white in dress, and is intensely feminine in the manner of style."  The article hinted at differences between the physician husband and entertainer wife.  "Helen loves to dance, but as her husband doesn't, she frequently attends dancing classes incognito.  She is, she says, much too shy to go to the nite clubs." 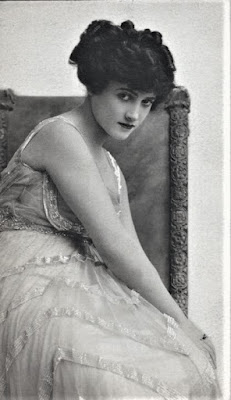 Helen Menken early in her career.  from the collection of the New York Public Library
Shortly after moving into the new house Helen encountered tax problems.  On her 1935 Income Tax filings she declared $8,041 on "wigs, dresses, etc.," related to her leading role in the play The Old Maid.  It was a significant deduction, equal to about $150,000 today, and the Internal Revenue auditors balked.  They reduced the figure to $797.
On June 10, 1938 the Daily News reported, "Miss Menkin protested.  She said she played the part a full year on Broadway and several months on the road--that the production department furnished only two original costumes and she had to pay for replacements herself."  She scoffed at the implication that she had used the period clothing for her personal use.  "None of the costumes, consisting of hoop skirts, petticoats and pantalets, has been used in private life."
The Smiths divorced in 1947.  Two years later 2 East 78th Street and the 18-story apartment building were sold to 965 Fifth Avenue, Inc.  The little house continued as a private home and by the early 1960's was owned by James R. Frankenberry, vice president of the Cunningham & Walsh advertising agency.
On December 30, 1964 The New York Times announced that Frankenberry had leased space in the house to the Synanoh Foundation, Inc., described by the newspaper as "an organization founded on the West Coast in 1958 to help narcotic addicts."  Frankenberry was chairman of Synanon's National Council.
The article explained that Frankenberry "will maintain quarters in the house, but most of the rooms will be turned over to the foundation staff members, seven of whom will live there."  It added, "Mr. Frankenberry also owns a home in Bronxville." 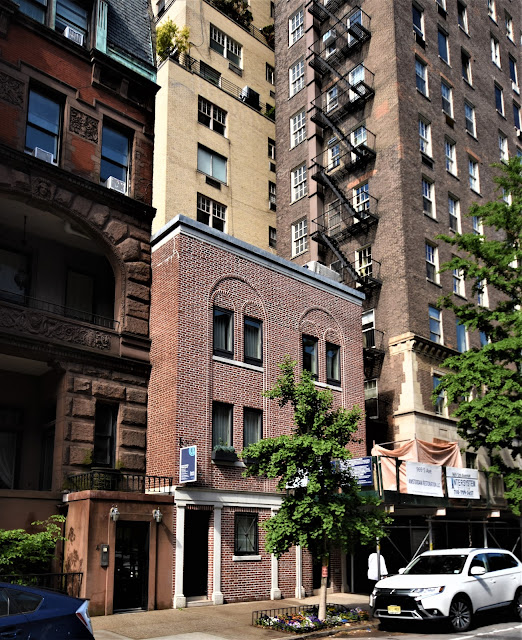 The 26-foot wide property was recently offered for sale at $7.5 million.  A listing noted that it is "currently used as headquarters of a nonprofit organization" and "has been renovated to a high standard by Keenen/Riley."
photographs by the author
many thanks to reader James Bullock for prompting this post
LaptrinhX.com has no authorization to reuse the content of this blog
Posted by Tom Miller at 1:19 AM