The Tiny Store and House at 326 West Fourth Street 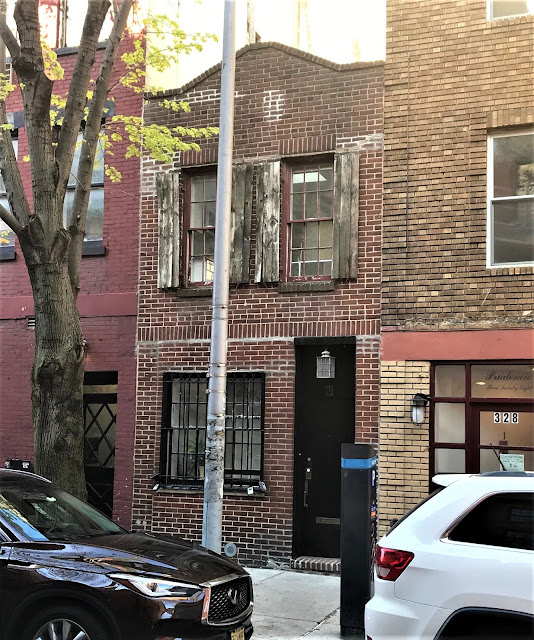 An alleyway possibly led between the houses at 324 and 328 West 4th Street in the pre-Civil War years.  It is unclear when the little two-story building there was built, but it first appears in city directories in 1871 when it was the butcher shop of Charles Fredericks.  Interestingly, Fredericks and his family did not live in the second floor residential space, but nearby at 18 Jane Street.
By 1879 the Edwin and Sarah E. Hill ran their business from the location.  Edwin was a goldbeater and Sarah was a "stamper."  Like Fredericks, they chose not to live in the upper floor (possibly using it as storage).  Their home was at 794 Sullivan Street.  They operated from 326 West 4th Street until around 1885.  That year Joseph A. Jackson moved his painting business into the ground floor.
William Bishop lived in the upper portion in the early years of the 20th century.  On the night of April 5, 1907 he was on the southbound Seventh Avenue streetcar, apparently coming home.  Most likely because the car was crowded, the 72-year-old chose to ride on the front platform.   At the intersection of 23rd Street the streetcar smashed into another one traveling eastbound.  The violent collision sent the passengers "almost in a panic," according to the New York Herald, which added, "Men and women jumped into the street."
Bishop had chosen a dangerous position and he "was thrown into the street and injured," according to the article.  He and the conductor were both taken to a hospital.
In 1943 the newly-organized 326 West Fourth Street Bakery opened in the building.  But it would have to find a new home the following decade.  A renovation completed in 1956 resulted in one apartment on each floor.   The show window was replaced with paired openings and a veneer of brown brick that rose to a peaked parapet was added. 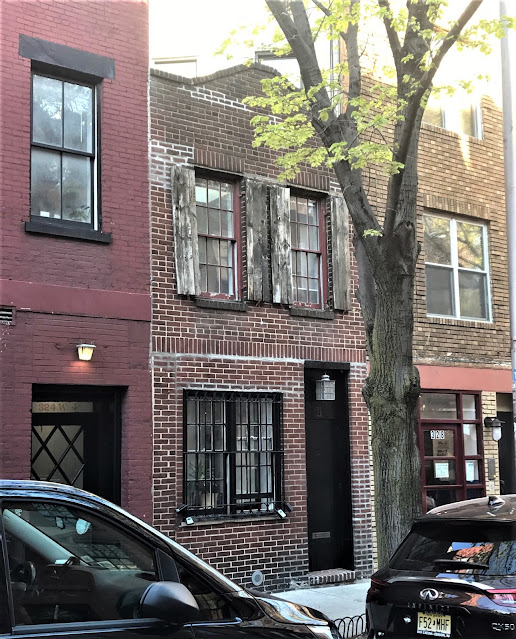 The charming little storybook house has changed little since its mid-century makeover.
photographs by the author
LaptrinhX.com has no authorization to reuse the content of this blog.
Posted by Tom Miller at 1:10 AM