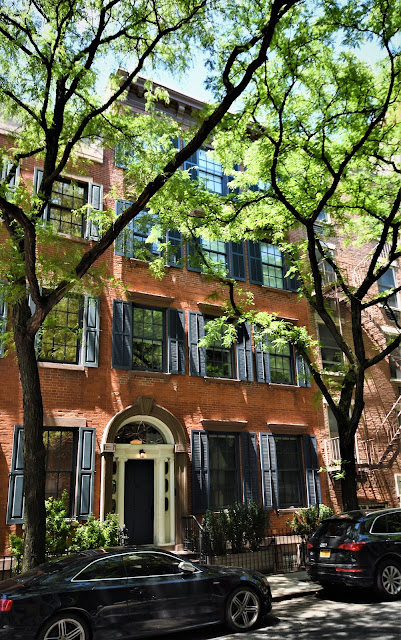 In the first decades of the 19th century the sprawling farms and country estates in the proximity of Greenwich Village were seeing the first signs of development.  Aaron Burr had barely fled his elegant Richmond Hill estate in 1804 before John Jacob Astor acquired the land and laid out streets and building plots.  Even more far-sighted, the Bayard family had hired Theodore Goerck to create a plan of streets and plots in 1788.  Their East and West Farms, divided by the Great George Road (later part of Broadway), abutted the Richmond Hill property to the east.

Among the streets on the Bayard farm was Sullivan Street, named for Brigadier General John Sullivan whose acclaimed military abilities during the Revolution were still fresh in New Yorkers' minds.   The block between Prince and Spring Streets would not see serious development until the early 1830s.

In 1832 wealthy bookbinder Charles Starr joined the flurry of speculative development in the area when he erected a row of seven upscale homes on the west side of the block.  Starr's confidence that the neighborhood would become exclusive was reflected in his own home within the row at No. 110 Sullivan Street.  It's expansive 32-foot width equaled that of the homes of Manhattan's wealthiest citizens.

Like that residence, No. 116 exhibited expensive architectural details.  Faced in red Flemish bond brick, its openings were trimmed in brownstone.  Two and a half stories tall, its pitched roof was covered in slate shingled and pierced with dormers.  It was on the entrance, however, that Starr's architect lavished his attention.

Sitting above a four-step stone stoop, the doorway sat within an arched brownstone surround broken by two paneled blocks and a wedge-shaped keystone.  An overlight, no doubt once filled with a lacy leaded fan, was recessed within a fully-paneled soffit.  Below, separating the fluted Ionic columns flanking the door and the half-columns that disappeared into the stone frame, were exceptionally elegant sidelights.  Skillful wood carvers fashioned the frames of the three oval openings to simulate fabric curtains, pulled open and held with rings. 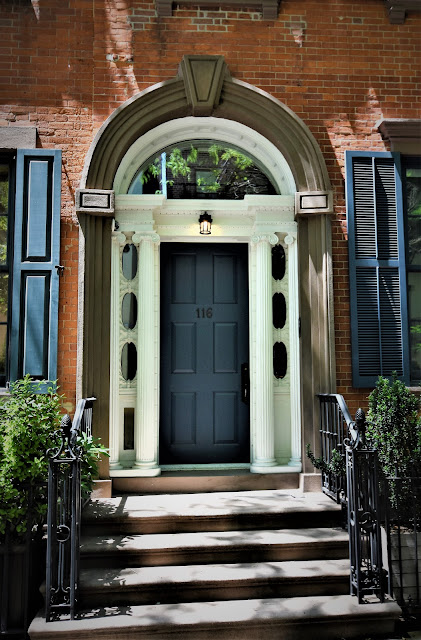 John Nerrick and his wife, Hannah, lived at No. 116 in 1843.  Apparently, despite his handsome home and lifestyle, Nerrick was in financial straits.  That year he borrowed $20 from his brother-in-law, David Devoe, a shady character described by The New York Herald as "so well known as an offender."  His troubles would soon be far more serious than financial problems.

Most of the stolen property was later discovered in a trunk in Newark, New Jersey, where witnesses said it was left by Devoe.  When Devoe was arrested, he was wearing one pair of the stolen pantaloons, and the key to the trunk was found in his pocket.  Also in his pockets were pawn tickets for more of the clothing and counterfeit bills.  It seemed like an open-and-shut case.

But at Devoe's trial, on December 20, the finger of suspicion pointed to John Nerrick, instead.  The New-York Daily Tribune reported "For defence it was proved that the trunk containing the recovered clothing was brought to 116 Sullivan street and taken to Newark by John Nerrick, who put it into Devoe's possession for a loan of $20."

Called as a witness was Hannah Nerrick, whose uneasy testimony would decide the fates of her husband and her brother.   She told the jury that her husband had, indeed, given the trunk to Devoe as security for the loan.   Those in the courtroom were possibly shocked when she then declared that Devoe was sick at New Providence, New Jersey, at the time of the burglary.  He could not have committed the crime.

Although David Devoe was quickly determined not guilty; he was held prisoner on another indictment against him.   John Nerrick was sent to the Philadelphia State Prison.

Financial problems followed the next occupant of No. 116.  In January 1859 the unnamed owner had died and his wife was struggling financially.  She tried renting rooms, placing an advertisement that read "A suit of handsome furnished rooms to let--With or without board; also board for one or two persons, where all the comforts of a home will be found, with a widow lady, without children."

Renting out rooms was apparently not enough.  Four months later, on April 26, strangers filed through the house as A. J. Bleecker, Son & Co. sold all its furnishings at auction.

The owner in 1870 had purchased the house for investment purposes.  When he advertised it for lease in April that year, it was described as having "two basements, two parlors, extension and rooms up stairs; splendid yard."  The rent was "cheap to a responsible tenant."

Two years later the house was remodeled to a full four floors capped by a handsome bracketed cornice.  By now the neighborhood had noticeably changed.   Wealthy homeowners had moved away as the area filled with immigrants and blacks.  The boarders in the house next door, at No. 114, in the 1870s seem to have been all black, for example.

The working class boarders in No. 116 in 1876 included E. Sloat, who advertised in March "Wanted--A small second hand drilling machine."

The house was offered for sale in 1878 and the owner seems to have been eager to dispose of it.  His ad on February 11 offered "For sale at a bargain."

The last decade of the 19th century continued to see hard-working tenants; while the basement level was being used commercially.  Frederick Streicer, a porter, lived here; as did Henry C. Shaefer who ran a grocery store at No. 11 West Houston Street.  Joseph Riper listed the address for his gold leaf business in 1893.  He employed 3 men in his shop that year.  They worked 60 hours per week, plus 10 hours on Saturdays.

By the turn of the century the population in the neighborhood was almost entirely Italian.  Brothers John, Louis and David Cella began buying up Sullivan Street property in 1898.  That year they purchased No. 114; in 1907 Louis and John acquired No. 111; and John purchased No. 116 soon thereafter.

The Cellas continued to update their rooming house in 1917 when "water closets" were added.  Until now tenants would have made do with a privy in the rear yard.

Throughout the subsequent decades Italian Americans continued to rent rooms here.  In the late 1930s and early 1940s, for instance, James V. Piselli lived in the house.  His name was annually included on the Government's list of Community Party members. 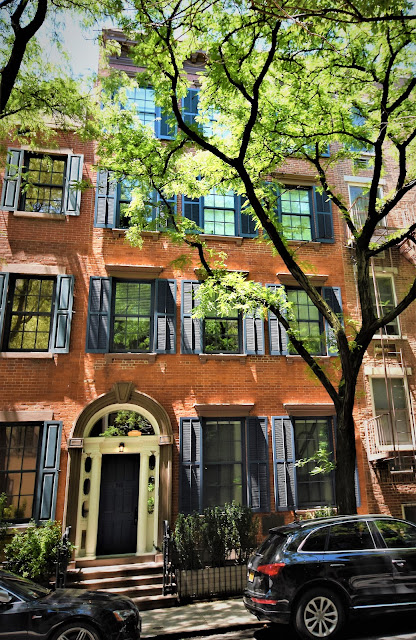 In 1963 renovations were completed that resulted in a duplex apartment in the basement and first floor, and two apartments on each of the upper stories.  Through some small miracle, as Sullivan Street filled with tenement buildings and apartment houses, No. 116 with its incredible entranceway survived mostly intact since its 1872 alteration to four floors.