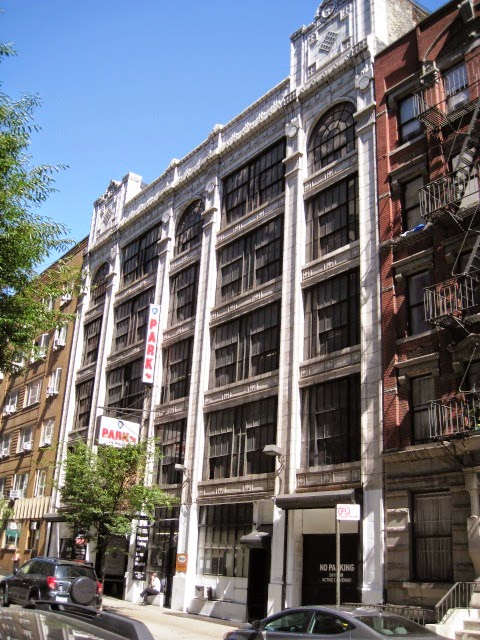 By the turn of the last century the first seeds of a revolution in transportation had already sprouted.  The automobile was increasingly seen on public streets, spooking horses and exciting little boys.  Most of the owners of the new horseless carriages had one thing in common—they were wealthy.  The cost of the automobile made it accessible only to the rich.  Owners housed their fleets of touring cars, limousines and runabouts in private “automobile stables” designed for the purpose.

That would begin to change one morning in 1909 when inventor Henry Ford announced that going forward his factory would produce only one model:  the Model T.  Ford’s company was just five years old; but as he remembered in his 1922 autobiography, My Life and Work, “I made the following announcement:  I will build a motor car for the great multitude.  It will be large enough for the family but small enough for the individual to run and care for.  It will be constructed of the best materials, by the best men to be hired, after the simplest designs that modern engineering can devise.  But it will be so low in price that any man making a good salary will be able to own one—and enjoy with his family the blessing of hours of pleasure in God’s great open spaces.”

Detractors predicted Ford would drive himself out of business within six months.  Instead, he had produced nearly 12,000 Model T’s within the first year.  Middle class families could now afford a motor car and in the years before World War I cars began outnumbering horses on the streets of New York.  The problem was simply where to park them.

If this was Fischer’s first foray into the garage business, it would not be his last.  The 1915 Directory of Directors in the City of New York listed him as a director not only in the Ardsley Garage Company, but in the Portable Sectional Garage & Bungalow Co., and the Bretton Hall Garage Co.  The enterprising Fischer was also involved in the Accumulation Realty Co., the Kindling Wood Manufacturing Co., and what must have been a mosquito repellent-making firm, the Anti-Mo-Skeete Manufacturing Co.

The men bought up properties along East 77th Street between Lexington and Third Avenues.  While they waited to acquire all four buildings from No. 159 to 165, they leased the ones they had.   On September 30, 1913 The New York Times reported that the Ardsley Garage Company had leased “159 East Seventy-seventh Street, three-story and basement dwelling…to Mrs. Helen Oswald.”

Helen Oswald would not have long to enjoy the house.  One month later, on November 13, the American Machinist reported that architect George f. Pelham had prepared plans for a five-story brick and terra cotta garage on the site.  The proposed structure was expected to cost about $75,000.

Pelham’s stunningly impressive public garage was completed in 1914.  Glad in gleaming white terra cotta manufactured by the New York Architectural Terra Cotta Company, it disguised industrial-paned windows as near-walls of glass separated by soaring piers.  George Pelham mixed and matched popular architectural styles of the period.  The arched upper windows with fan lights, along with other neoclassical elements, gave an elegant Adamesque quality.  But other components were pulled directly from the Arts and Crafts Movement, lacking only the earthy ochres, greens and blues expected of that style.  The architect then splashed touches of Viennese Secessionist along the topmost section, as well, creating a strikingly rich medley of styles.

Multilevel structures housing scores of automobiles, along with oil, gasoline and other flammable materials were a concern to building officials.  Despite the fireproof materials used in its construction, the Ardsley Garage was not immune to unfavorable inspections.  On March 13, 1915 the Real Estate Record & Builders’ Guide noted that it had received fines for no fewer than three violations—Fireproofing and structural alterations; Fireproof receptacles and rubbish; and “No smoking.” The smoking of cigarettes or cigars, and lighting and discarding matches in the vicinity of gasoline and oily rags was no doubt a major problem for fire inspectors.

The following year George F. Pelham was called back to renovate the Ardsley Garage.  The Record & Guide noted on January 22, 1916 that he would be installing “new columns and girders to 5-sty fireproof garage.”  The cost of the upgrade was $400.

Half a block away on the opposite side of Lexington Avenue was Lenox Hill Hospital and St. Ann’s Academy, operated by the Marist Brothers.  When plans for a motion picture theater at No. 1109 Lexington Avenue were announced in 1937, the two facilities flew into action to stop the proposed construction.

The movie theater would be directly across Lexington Avenue from the neurological institute, the children’s ward and the nurses’ home.  “Hospital authorities assert that flickering lights at the theatre would prove harmful to patients in these divisions,” reported The New York Times on April 20, 1937.

The Catholic brothers were less concerned with flickering lights than the immoral temptations the theater would pose.  “The petition of the Marist Brothers, a Catholic religious order, objects to the proposed theatre also on the ground that students of the academy would have to pass it going to and from school.”

Somewhat surprisingly, when the Board of Standards and Appeals heard arguments, the Ardsley Garage Company was there with its own objections; siding with the hospital and the academy.  .Exactly what the garage’s concern was is unclear. 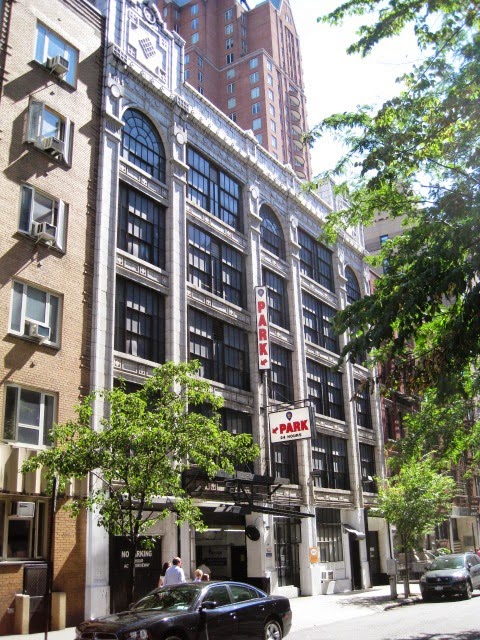 A century after its construction, the garage at No. 165 East 77th Street continues its original purpose.  Astoundingly even the ground floor, while painted, is essentially unchanged.  The extraordinarily attractive utilitarian structure survives nearly intact; a striking reminder of the days when middle-class families joined in the automobile craze.