A visitor to Second Avenue in the Lower East Side today sees little trace of the vibrant Jewish culture that thrived along the avenue in the 1910s and ‘20s.  One remnant stands out among the gourmet coffee houses, ethnic restaurants and trendy bars—the old Yiddish Art Theatre at the southwest corner of East 12th Street.


By the turn of the last century, the Lower East Side was crowded with Jewish immigrants.  New York City had the largest Jewish population of any city in the world and by 1920 nearly a third of the city’s citizens were Jewish.  Although some, like many of the German-born Jews, attempted to assimilate into their new environment; most of the Eastern Europeans held fast to their old customs and depended on Yiddish to communicate among the several Jewish regional groups.


Most of New York’s various ethnic communities developed their own means of entertainments.  The Germans built music halls and beer gardens, the Hungarians had expansive social halls.   The Eastern European Jews, among their other social venues, developed the Yiddish theater.  Here in the 1880s and 1890s Victorian melodramas, vaudeville revues, operettas and comedies were staged for the entertainment of mostly poor audiences.


By the 1920s, however, an entire star system had appeared in the Yiddish theater and Second Avenue, between Houston and 14th Streets was known as the Jewish Rialto, with nearly two dozen such theaters.  Among the celebrities in the circuit was actor Maurice Schwartz, familiarly known as “Mr. Second Avenue.”  Schwartz had pulled together his own company, the Yiddish Art Theater. 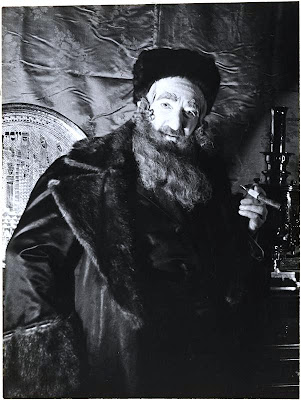 On January 29, 1922 The New York Times said of him, “Schwartz is a man of extraordinary and varied talent—a bold director, a strong and resourceful stage designer, and a manager astute enough to keep the finances of the Art theatre on an even keel.  He is an actor of great, though uneven, gifts—a superb character actor and, when the humor of the part takes him, an unctuous comedian.”

By 1922 he was trending away from “art theater” and towards Jewish “folk theater.”  The Times described one of his plays that year.  “For it is a folk theatre, rather than an art theatre in any sophisticated sense.  It has reopened a whole tradition of culture that was in danger of being forgotten.  And the most interesting and logical outcome has been the extension of this perception into a play of American life.”

But Schwartz faced problems.  His artistic productions were daring and innovative; but theater managers were not always eager to stage his financially-risky plays.
Russian-born lawyer Louis Nathaniel Jaffe admired Schwartz (apparently quite a lot) and offered to build a permanent home for Schwartz’s company.  In May 1925 he announced plans for a 1,252-seat theater that would also incorporate revenue-producing stores and office space.


Jaffe chose for his architect Ohio-born Harrison G. Wiseman.  Wiseman was best known for his theater designs, many of them movie theaters.  The architect drew on Moorish traditions for the theater, recalling many of the synagogues built in the new world throughout the past half century.  Moorish Revival harkened back to the pre-Inquisition days when Jews enjoyed relative freedom in Spain.


The cornerstone of what would be called the Louis N. Jaffe Art Theatre Building was laid on May 23, 1926.   Playwright Herman Bernstein called the cornerstone laying “an event of magnitude for Jews of America.”  He mentioned the difficulties Schwartz’s company had undergone.


“Maurice Schwartz has dared to produce plays that commercial managers would turn down with a sneer and that even ambitious producers on the American stage, with leanings for art, lacked the courage to present.”


Completed that year, the theater building was faced in cast stone.  The three-story structure pretended to be only two by the use of a double-height arcade.  Above the theater entrance a dramatic Moorish arch dominated the façade.  Within it, two half-columns sported oversized capitals that suspiciously resembled partial menorahs.
The relatively reserved exterior belied the sumptuous polychrome interior.  Wiseman collaborated with Willy Pogany on the interior decoration and the result was remarkable.   The New York Sun remarked that the pair had “worked a colorful fantasy of silver, blue, rose, gold and cream into the massive lines of the auditorium.”  The newspaper said that the “Oriental beauty of the interior” was well worth a trip to view.

Moorish and Jewish motifs interplayed to create a colorful arabesque in plaster, wrought iron and stone.   The Yiddish Art Theatre was on par with any of the grand Broadway legitimate theaters or the increasingly lavish motion pictures theaters being built across the city.


The doors opened on November 18, 1926 with Schwartz’s adaptation of The Tenth Commandment by Abraham Goldfaden (credited as founder of the Yiddish theater).  Jaffe housed his own Jaffe Art Film Corporation in the building; however that enterprise quickly ended.  The company produced one Yiddish film, entitled "Broken Hearts," which was released in March 1926 before construction on the building was even started.  It was directed by and featured Maurice Schwartz.

Conflicts between Jaffe and the actor-director would soon cause problems.  The Yiddish Art Theatre stayed on in the house built specifically for it only two seasons.   Then the building sat empty for a year; although Maurice Schwartz still held the lease.


On March 12, 1927 The Times noted that a $375,000 loan was placed on the building by the New York Title and Loan Company.  Jaffe apparently decided to wash his hands of the project, for on May 3, 1928 the newspaper reported that the building had been sold.  “The new owner will operate the playhouse,” it said.  It would be the first of a long string of name changes for the theater.


It became the Yiddish Folks Theater and in the 1929-1930 seasons Ludwig Satz starred in and directed several plays.  Then in June 1930 one of the brightest lights of the Yiddish stage, Molly Picon, leased the theater and renamed it Molly Picon’s Folks Theater.  Using it as her own vehicle, she appeared for one season; during which the building was sold at foreclosure to Isaac Lipshitz for a bid of $433,375.


Over and over the theater would be released and renamed.  It became the Germans’ Folks Theater in 1931 and the Yiddish Art Theatre (again) in 1932 when Maurice Schwartz returned home.  But Schwartz would stay only until 1934, leaving in the middle of the season.  He took the name with him and the building returned to being called The Yiddish Folks Theater.  The Depression era WPA Theatre Project took over the venue in March 1936.  The New York Times announced that it would “house productions prepared by the Municipal Theatre.”  The Federal Theatre was the first step away from Yiddish productions in the building’s history.


The real estate game of hot potato with the theater building continued.  In September 1944, now called The Century Theatre Building,” it was sold to the Raynes Realty Company.   By now there was a night club in the basement; one which a few years later would raise eyebrows and make New York social history.  The 1944-45 season for the New Jewish Folk Theater would be the last of the Yiddish productions here for three decades.


Below ground Stephen Franse opened Club 181.  Franse was connected with the Genovese crime family and operated the gay supper club as a front for the mob.  A former waiter described the club as it was in 1948 to Alison Owings in her book “Hey, Waitress!”


“It was like the homosexual Copacabana.  It was a lovely club. Wedgewood walls, white and blue.  It had a nice stage.  They had the cream of the crop, as far as female impersonators.  These weren’t just drag queens.  They were guys that had talent behind their costumes.  The costumes were lavish and wonderful.”


Club 181 was not exclusively for gay patrons.   Heterosexual couples or groups came to the supper club for the experience.  “It was like a slumming place to go to.  Anybody could come in there.  Anybody would come in there,” said the former waiter.


The gay nightspot closed in 1953 when it moved to 82 East 4th Street, renamed Club 82.  That same year the theater became The Phoenix Theater, an off-Broadway venue intended “to release actors, directors, playwrights, and designers from the pressures forced on them by the hit-or-flop patterns of Broadway.”


The company offered high-end products at affordable ticket prices.  It opened in December of that year with Jessica Tandy and Hume Cronyn playing in Madam, Will You Walk.  Throughout its near decade of productions here, audiences saw the best of the New York stage, including Geraldine Fitzgerald, Maureen Stapleton, Kaye Ballard, Montgomery Clift, Uta Hagen, Eli Wallach, Lillian Gish, Robert Ryan, Geraldine Fitzgerald and a host of others.


It was here that Carol Burnett’s career was launched with the highly successful musical comedy Once Upon a Mattress.


In 1961 The New York Times reported that “The Phoenix Theatre, which is in need of funds, will switch its activities from its 1200-seat home” to a more economical venue.  With the departure of the Phoenix the name, once again, rapidly changed.


Now the Casino East Theater, it hosted Ann Corio’s This Was Burlesque for three full years between March 1962 and March 1965, with over 1,500 performances.  The production set a trend that would last for several years as the house was renamed the Gayety Theater in 1965, Manhattan’s only burlesque house of the period.


The Gayety lasted until 1969 when, once again, the theater was renamed.  Now the Eden Theater it presented the then-controversial Oh! Calcutta! which shocked some theater-goers with its full nudity.  The successful production ran a year and a half before moving on to Broadway.  It was followed by the musical Grease in 1972, which too went to Broadway and theatrical fame.


Rather unexpectedly, the Eden staged several Yiddish productions for a few years.   The theater was, for a short time, the 12th Street Cinema, then in 1977 became the Entermedia Theater.  The hope was to stage experimental theater, films and dance.  Finally, after several more name changes, it was converted to a motion picture complex.  Architectural firm John Averitt Associates sympathetically renovated it as the Village East City Cinemas, opened in 1991.


Ornate plaster ceilings that had suffered substantial damage were restored.  Both the exterior and interior of the former Yiddish Art Theatre have been designed New York City landmarks.  The theater survives today as one of the few remaining reminders of the time when Second Avenue, the Jewish Rialto, was the epicenter of the Jewish entertainment district.
Posted by Tom Miller at 4:02 AM