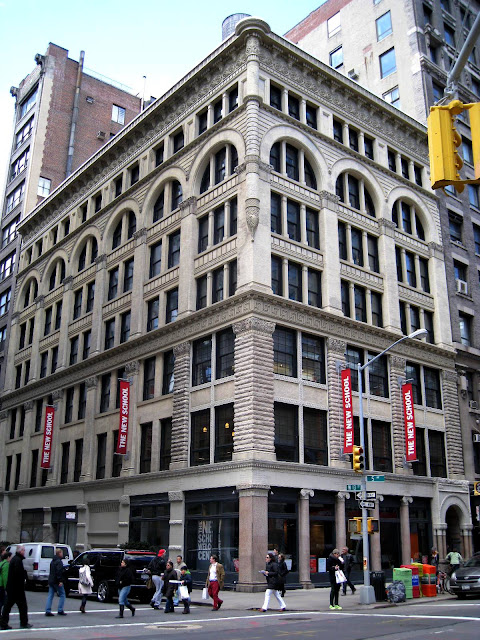 In the first years following the end of the Civil War Fifth Avenue below 14th Street was already changing.  By 1870 the Lenox House hotel stood at the northwest corner of the avenue and 13th Street—a formidable brownstone structure that looked as much mansion as hotel.  Run by James Slater, it was described by Appleton’s Hand-book of American Travel that year as a family hotel with a “deservedly high reputation.”


At the time, neither D. Appleton & Company, publishers, nor James Slater could know that their paths would intersect at the corner of 13th Street and Fifth Avenue a quarter of a century later.


Daniel Appleton had founded the publishing house in 1825 far to the south on Exchange Place near the Bowery.   Originally a book importer and seller, the business grew at an astounding rate.  Before long Appleton moved to Clinton Hall at Beekman Street.  It was the first of a rapid succession of relocations.


In January 1838 Appleton’s son, William, was taken into the business and it moved again, to No. 200 Broadway.  Upon Daniel Appleton’s retirement in 1848 William formed a partnership with his brother, John Adams Appleton, and the business moved once more—to Broadway and Leonard Street.  Then to Nos. 443 and 445 Broadway.  Then to No. 94 Grand Street at the corner of Greene.  After that, around 1880, the firm moved to Nos. 1 through 5 Bond Street.


By now Appleton & Company was among the leading publishers in the nation, producing school books, religious tracks, encyclopedias, and a wealth of other texts; along with stereopticon cards, pamphlets and cabinet photographs.


In 1893 the publisher was ready to move yet again.  The old Lenox House hotel was demolished and in its place two sets of brothers, Marx and Moses Ottinger, and Isidore I. and Max S. Korn, built Appleton’s new headquarters and store.  Completed in 1894 the new 51-foot wide structure stood in stark contrast to the dour brownstones along the avenue.  Constructed of light-colored stone, buff brick and terra cotta, it was a brilliant presence.  The Romanesque Revival design unapologetically blended medieval and Celtic motifs with a classical Greek key frieze between the third and fourth floors.


Below the pressed metal cornice a row of aloof female faces stared with disinterest and a pointed story-tall corner finial completed the design.


Appleton & Company opened its doors in June 1894.  The New York Times called it a “handsome new building…where the accommodations are spacious and everything for the different departments conveniently arranged.”  Books magazine noted that “In addition to their trade and two subscription departments there is a Spanish department, and a very large and important medical department which has just produced a monumental work, “Foster’s Medical Dictionary.”
In 1896 fabulously wealthy Louis L. Lorillard purchased the building.   One of four sons of Pierre Lorillard, he was regarded as one of the wealthiest young men in New York upon his father’s death.    He spent $445,000 for the property – about $10.5 million today.   The New York Times noted that the sale was “subject to leases for eight and three years.”  That would include, of course, the lease of Appleton & Company.


On March 22, 1900 the 75-year old Appleton & Company surprised the publishing community when it was placed into receivership.  The New York Times explained that “’Too much prosperity’ is given as the cause of the suspension.  For years the Appletons have done a large business in the installment branch of the book trade.  This meant paying the original cost of the books, as well as the agents’ commissions long before the price of the books had been obtained from the customers, who had from six to thirty-six months’ time to make their payment.  As a result, the company had to borrow considerable amounts on its promissory notes, and these are now falling due.” 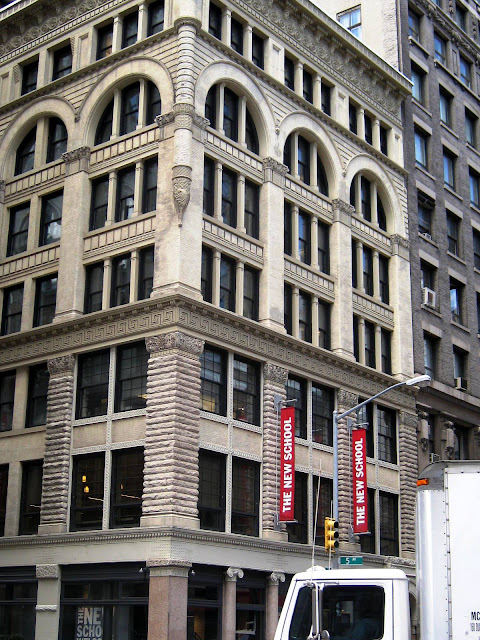 Despite the embarrassment, the Appleton firm continued publishing and selling on a grand scale.  So grand, in fact, that in September 1902 the company moved once again, this time to a fine new building at the corner of Fifth Avenue and 39th Street.


In April of 1910 Henry Corn signed a 21-year lease on the building, still owned by the Lorillard family.  Corn was in the process of building an L-shaped store and loft building that would wrap around the corner lot.  “He has secured the corner property primarily to protect the light and air of the adjoining building,” explained The Times.


In March 1915 the former Appleton Building got a new name when cigarette manufacturer Philip Morris & Co. leased the building “for a long term of years.”    For years No. 72 Fifth Avenue would be known as the Philip Morris building.


Another long-term change came about on August 12, 1929 when The National City bank leased the ground floor, once the retail store of Appleton publishers.   The space was renovated as a branch banking and safe deposit office that would be a familiar presence in the neighborhood for decades.


The building that had been erected as a publishing house became one again when Ginn & Co., educational publishers purchased it in October 1946.  The nationally-recognized firm had been across the street at No. 70 Fifth Avenue for sixty years.  It announced that the National City Bank would continue to occupy the first floor while it would use the upper six floors for its own use.


As the century progressed, other publishers moved into the building.  In 1976 Longman, Inc. was here, as well as Penguin Books.  Three years later publisher Hamilton Fish moved his magazine The Nation into the building.  It was the oldest continuously published weekly in the country, having been founded in 1865.  The Nation, which dealt in politics and culture, proudly deemed itself “the flagship of the left.”


In the 1980s the Human Sciences Press, publishers of The Journal of Aging and Judaism among other periodicals, joined the publishing community within the building.


By now the façade of the first floor banking level had been seriously modernized.  The medieval columns and arches had been covered over by stone panels to disguise the Victorian design.  But by the end of the century a restoration found, incredibly, that everything was entombed and waiting to be exposed.
Today the building is home to the New School University’s Milano Graduate School of Management and Urban Policy.  Although the fantastic pointed finial on the roof long ago disappeared, the building looks much as it did when Appleton & Co. first opened its doors in June 1894.

non historic photographs taken by the author
Posted by Tom Miller at 2:56 AM