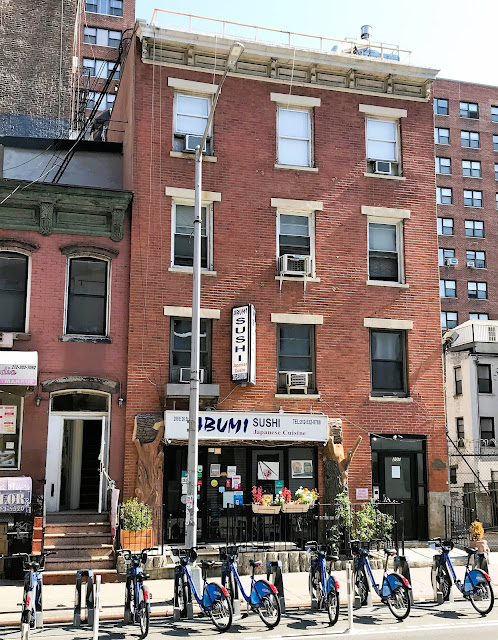 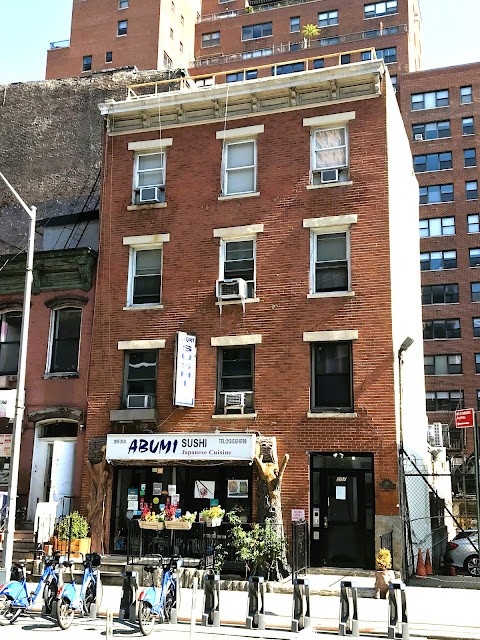 The house-and-store building continued to operate as a rooming house until 1961, when it was remodeled into apartments, one per floor above the store.
photograph by the author
no permission to reuse the content of this blog has been granted to LaptrinhX.com
Posted by Tom Miller at 1:00 AM