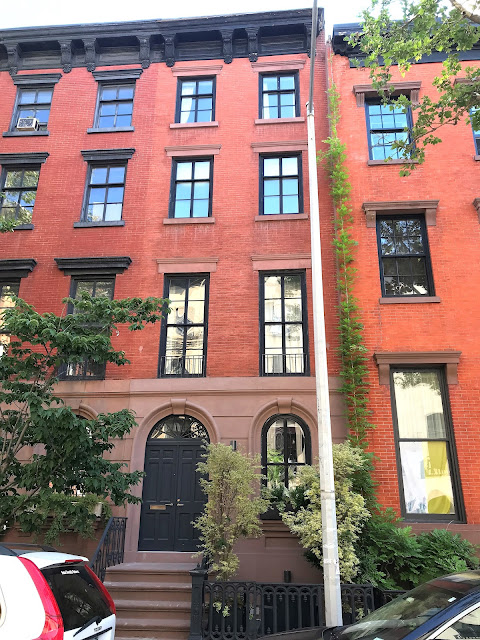 Benjamin Wise and Joseph Whitehead assuredly knew one another through the building trade.  Wise was a bricklayer and Whitehead a mason.  In 1855 Wise purchased two vacant lots on East 17th Street, half a block from Stuyvesant Square from Lewis Rutherford, and Whitehead acquired three adjoining plots, also from Rutherford.  The five houses were completed in 1856, the only telltale sign that they were built as separate projects being a gap in the otherwise continuous cornice between the two groups.

The easternmost of the row was one of Wise's two houses, 118 East 17th Street (renumbered 219 in 1866).  Like the others, it rose four stories.  The basement and parlor levels were faced in rusticated brownstone, and the upper floors in warm orange-red brick.  The stoop was slightly higher than the average Anglo-Italianate example, yet still shorter than those seen in high-stooped Italianate homes.  The fully round arches of the parlor floor gave way to flat-headed openings on the upper stories, their flat lintels topped with projecting molded caps. 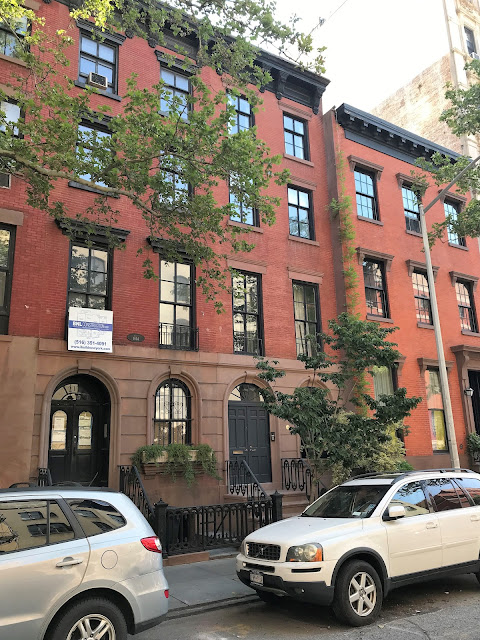 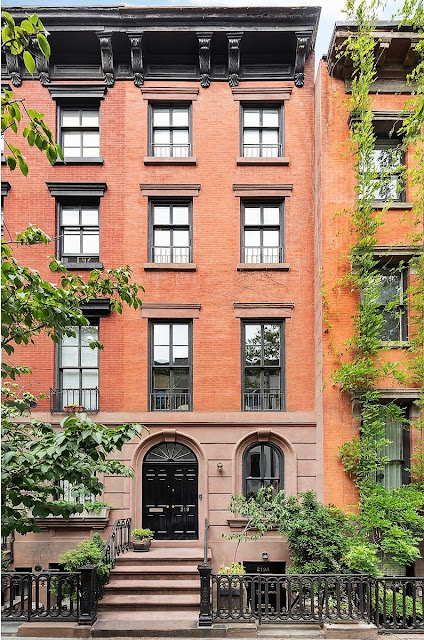 image via elliman.com
A renovation completed in 2002 resulted in an apartment in the basement and parlor levels, and a triplex on the top three floors.  From the exterior, almost nothing has changed since the house was completed in 1856.  It recently sold for just under $5.5 million.
photographs by the author
LaptrinhX.com has no authorization to reuse the content of this blog
Posted by Tom Miller at 1:00 AM