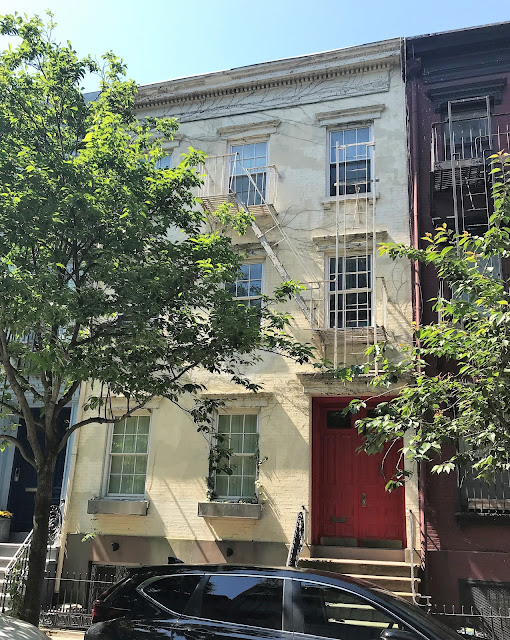 Around 1848 a row of brick-faced homes was completed on the south side of Seventh Street, between Avenues C and D.  Three stories tall and 22-feet-wide, they displayed expected elements of the Greek Revival style--such as the wide fascia boards and dentiled cornices--but showed hints of the rising Italianate style, as well, in the molded window lintels and tiny brackets below the sills.  Most striking, perhaps, was the ornate ironwork of the stoop, which suggests that while the homes sat apart from the fashionable neighborhoods, they were intended for financially comfortable families. 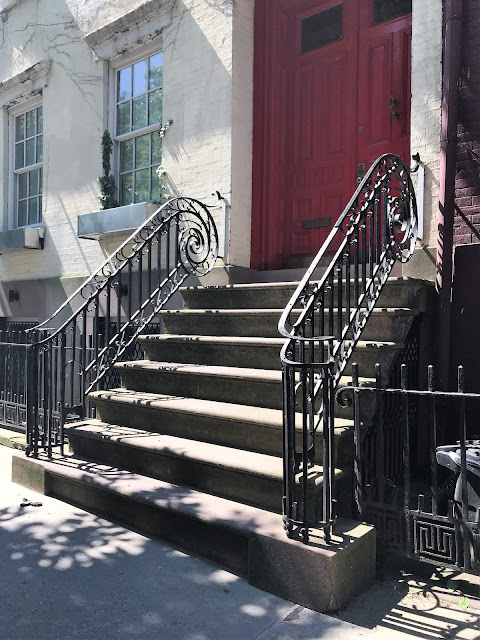 Shipwright James M. Griffen moved his family into 260 Seventh Street (the "East" would come decades later).  The location just a block from the riverfront was convenient to his work.  Living with Griffen and his wife, the former Mary S. Wheaton, was Mary's mother, Olive, and two boarders, Nehemiah and Electa R. Miller.
Taking in boarders was common even within well-do-to families.  Miller was a real estate agent and the couple was affluent enough to own a summer home in Rye, New York. 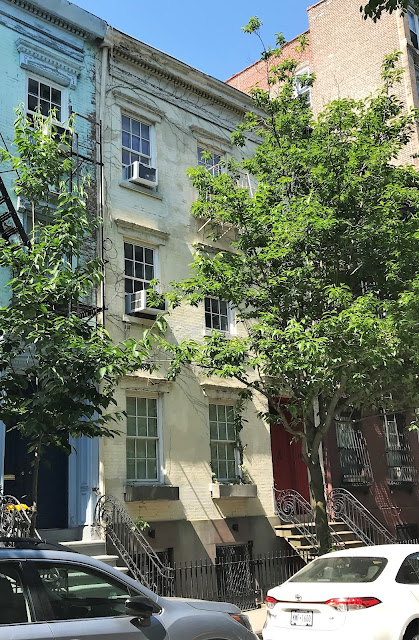 Although the house has never officially been converted to a multi-family structure, it has three apartments.  Unlike its once-identical neighbors along the row, other than the entrance doors, the venerable house has seen little exterior change.  And its remarkably handsome stoop railings survive mostly intact.
photographs by the author
many thanks to reader Joe Ciolino for prompting this post
LaptrinhX.com has no authorization to reuse the content of this blog
Posted by Tom Miller at 1:00 AM