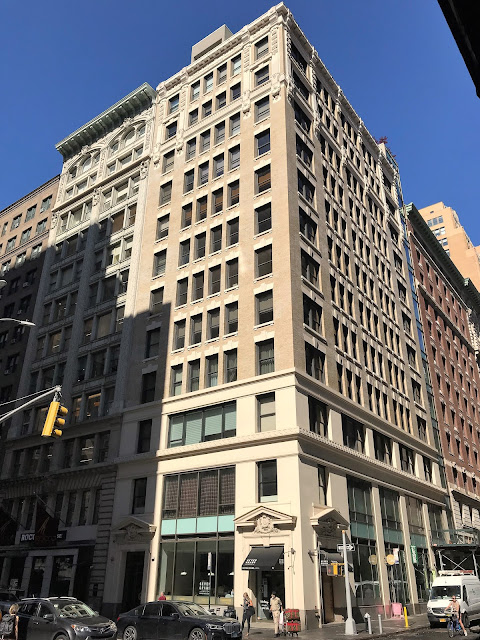 On November 14, 1909 the New-York Tribune reported on "a transaction in the lower Madison avenue district which attracted widespread attention."  The Herald Square Realty Company had purchased the two four-story houses at 76 and 78 Madison Avenue that, only a few weeks earlier, the sellers had leased to the straw hat maker Blum & Koch.  The firm had no interest in the old brownstones, however.  "On that site is to be erected by the purchasing company a twelve story mercantile structure," said the article.  Blum & Koch's 21-year lease guaranteed them the use of the eight lower floors, while subletting the upper floors.

The well-known architectural firm of Schwartz & Gross received the commission to design the structure.  In its January 1910 issue, The American Hatter reported on the coming building at the southwest corner of Madison Avenue and 28th Street.  "The structure will be completed early in the fall, at which time Blum & Koch will remove their straw hat factory to the new location, where it is their intention to occupy about eight floors, which will give them twice the space they now occupy, thus doubling their present capacity."  The article projected, "the new building will be of the most modern construction in every detail, and the new plant which Blum & Koch will install for the manufacture of their product will be composed of the most improved equipment for the making of high-grade straw hats."
Construction had not yet started at the time of the article, and so the projected fall completion date might have seemed optimistic.  As it turned out, the building was finished within seven months, and Koch & Blum advertised in The American Hatter's August issue, "We will move into the new Blum & Koch building, Madison Avenue at Twenty-eight[h] Street, New York, on August 15." 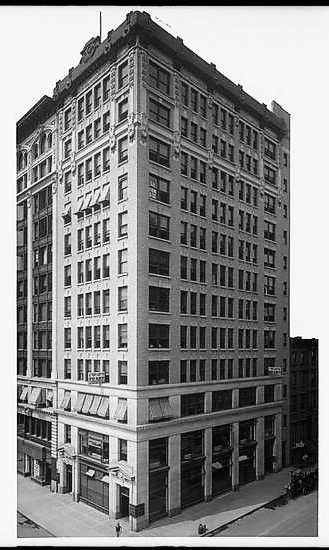 photo by Wurts Bros, from the collection of the Museum of the City of New York
Schwartz & Gross's handsome Renaissance Revival style building sat upon a three-story stone base.   The two Madison Avenue entrances that flanked a large show window were capped by triangular pediments filled with elaborately carved cartouches upheld by cornucopia.  They announced the addresses, 76 and 78, with one leading to the factory floors and the other to the store space. 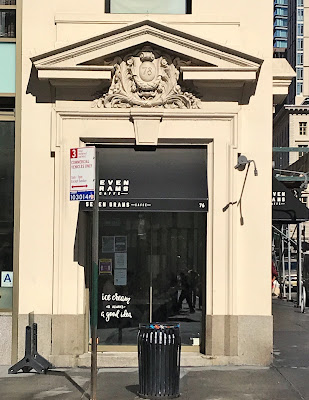 The upper sections were faced in pale beige brick, the only ornamentation of mid-section being the splayed lintels.  The  piers 0f the two-story top section were ornamented with carved swags, and trailing groups of bellflowers.  An ambitious stone cornice that smacked of the Vienna Secession movement, crowned the edifice.
Samuel H. Blum and Henry Koch had organized Blum & Koch in 1895 at 3 Waverley Place.  In its 15 years of existence, it had grown to a massive business.  Straw hats were, of course, seasonal.  Gentlemen wore different hats for different warm weather purposes--business, driving, golfing, and such.  Straw hats were not only lighter than winter hats, but allowed an amount of air to pass through.

Vanity Fair, June 1924
Two of Blum & Koch's most popular styles were the Boater, used in the country and seaside, especially for boating; and the Panama dress hat (a favorite of Theodore Roosevelt).  Other styles included the telescope hat and the straw Fedora. 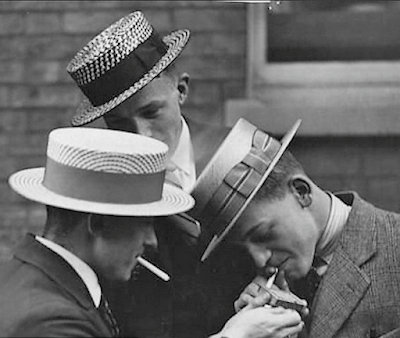 This trio sports three types of straw boaters.  original source unknown.
Among Blum & Koch's first tenants was Tuttle & Bailey, which took an entire floor in January 1911.  Founded in 1846, the firm manufactured "warm-air registers and ventilators."  When the company's new catalog came out in February 1912, the Real Estate Record & Builder's Guide, wrote, "Architects will find in it didactic material which will help them in planning high grade buildings...The book shows conclusively that there is no limitation to the company's ability to produce grilles and screens which will conform to any style of architecture whether adapted to interiors or exteriors."
Also signing leases in 1911 were "headwear" maker G. H. Stiehl & Co., and G. Plonsky, maker of "smart skirts."  Although a hatmaker, G. H. Stiehl was not a competitor of Blum & Koch, as it produced "boys', children's, misses' and ladies' headwear."  An advertisement in The Millinery Trade Review in July 1911 said in part, "G. H. Stiehl & Co...are now comfortably situated in their new, spacious building," and boasted its "new equipment, improved facilities and bright surroundings." 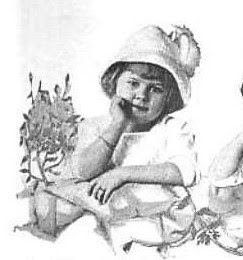 A reviewer described this G. H. Stiehl & Co. creation "a jaunty, white feather fancy."  Dry Goods Economist, February 8, 1913.
The Blum & Koch Building housed millinery and apparel firms throughout most of the 20th century.  Blum & Koch remained here after the deaths of its founders (Samuel H. Blum died on December 29, 1914, and Henry Koch on August 12, 1918).  The firm would operate from the building well into the 1920's.   Other tenants during the 1920's were the Robbins Dress Company and S. Cohen & Co., "exclusive underthings." 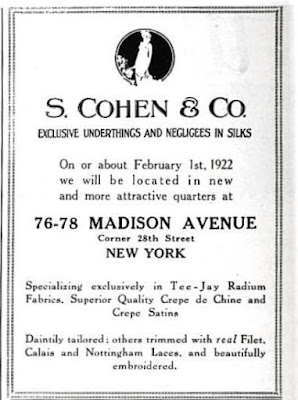 The Corset and Underwear Review, February 1922
On September 13, 1962 The New York Times titled an article, "76 Madison Ave. To Be Renovated" and reported that the recent buyer, real estate investor Jack Brause, "plans to modernize the building with automatic elevators," adding, "A new lobby was installed recently."
Much of the tenant list in the last quarter of the 20th century was far afield from millinery and apparel.  In January 1979 the newly formed National Mediarep Corporation opened its offices here.  The New York Times reported, "Its entire purpose is to get more advertising for those public broadcasting station magazines that accept advertising."
Later that year, in August, Republican Presidential candidate Ronald Reagan opened his New York City campaign office in the building, headed by "two veteran New York Republicans to coordinate his efforts in the state," according to The New York Times on August 19.
Major change came when a conversion to residential condominiums was completed in 2013.  It resulted in apartments ranging from one to three per story, above the ground floor.
photographs by the author
many thanks to reader Paul Masse for requesting this post
LaptrinhX.com has no authorization to reuse the content of this blog
Posted by Tom Miller at 1:00 AM