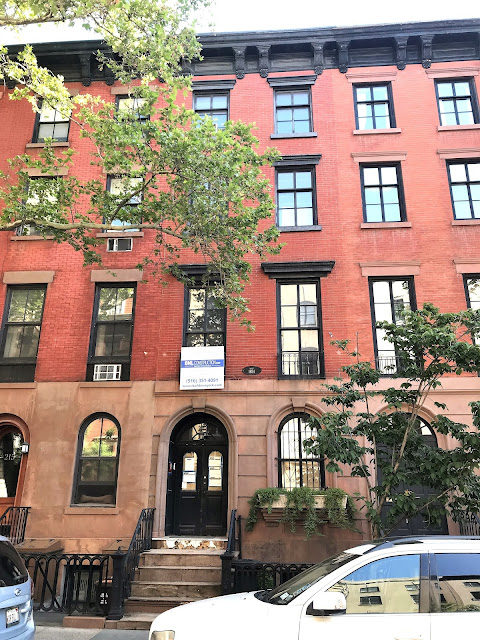 Bricklayer Benjamin Wise and mason Joseph Whitehead erected a row of five houses on the north side of East 17th Street, between Second and Third Avenues, in 1855.  A year earlier they had acquired the lots from Lewis Rutherford--Whitehead buying three lots, and Wise the two eastern plots.  Although their speculative homes would be essentially identical, a gap in the otherwise continuous cornice between 114 and 116 East 17th Street delineated the separate projects. 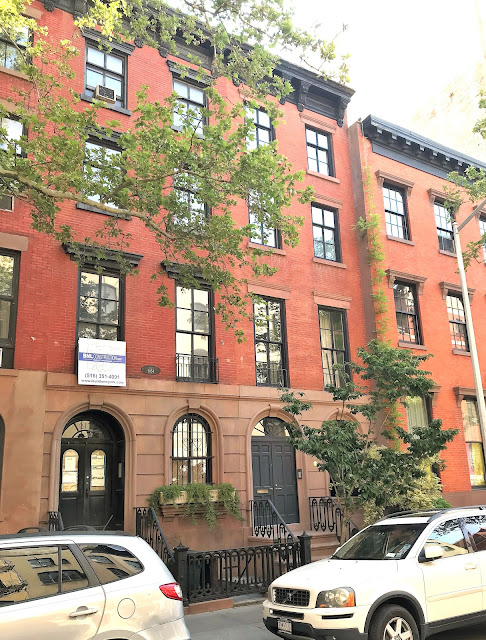 The original appearance of the lintels can be seen next door at 219 East 17th Street (right).
The narrow house was not converted to a multi-family dwelling until 1980, when a renovation resulted in a duplex on the first and second floors, one apartment on the third, and two on the fourth.  A subsequent remodeling produced a triplex in the cellar through second floors, one apartment on the third, and a "fine arts studio" on the top floor.
photograph by the author
no permission to reuse the content of this blog has been granted to LaptrinhX.com
Posted by Tom Miller at 1:00 AM