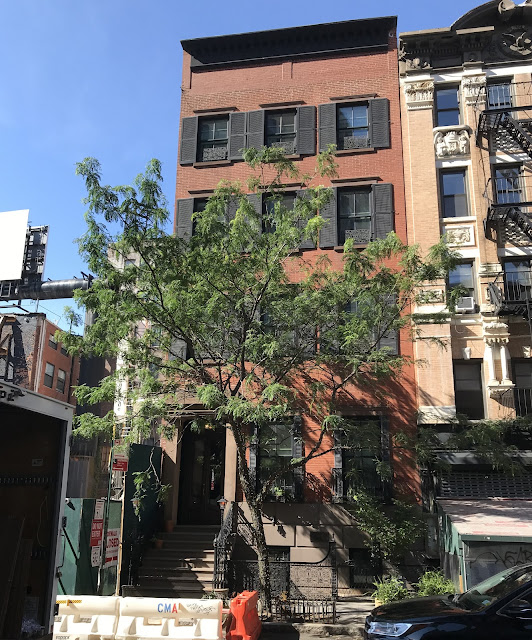 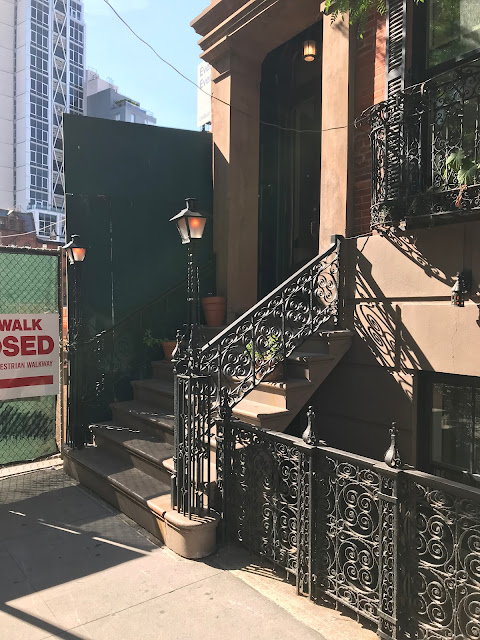 The stoop, Greek Revival style entrance, and decorative ironwork were all fashioned in 2007.
Although the parapet (with a newly-added cornice) gives the house a rather high forehead, and the parlor windows, which were undoubtedly full height in 1845, have been shortened, 38 East 4th Street has essentially regained the appearance it had when the stylish broughams of the block's wealthy residents passed by.
photographs by the author
no permission to reuse the content of this blog has been granted to LaptrinhX.com
Posted by Tom Miller at 1:00 AM