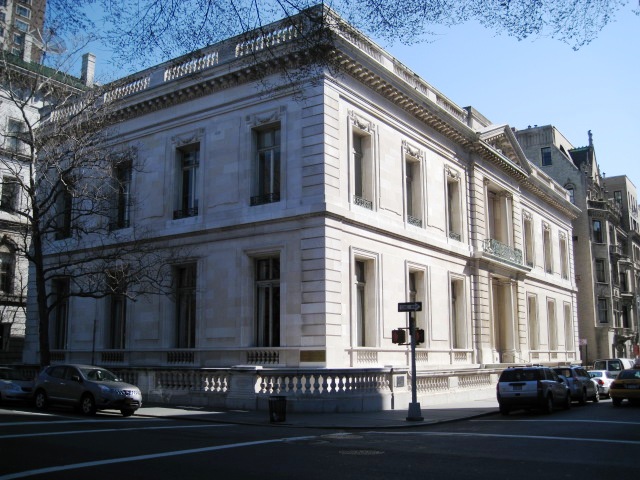 
Trumbauer was not widely accepted by New York architects who disapproved of his "stealing" designs from historic properties.  For the Duke mansion he did just that; nearly reproducing the Hotel Lobottiere in Bordeaux, France.  The changes that he made, while subtle, resulted in a architecturally-effective residential building on a New York City street.

Architectural historians are generally in agreement that it was not Trumbauer, solely, who was responsible for the Duke mansion; and that his head designer, the African-American Julian Abele, was possibly highly influential.  Abele was most often overlooked during his lifetime and received little credit for his remarkable designs until later in the century.


The mansion on East 78th Street was convenient for business and city entertaining; but it was not the Dukes’ main residence.  Across the river in Somerville, New Jersey was their 2,500-acre country estate which James Duke listed as his primary residence.  In the Summer they spent time at a former Vanderbilt “cottage,” Rough Point, and another magnificent mansion in Charlotte, North Carolina often served as a getaway in the winter.