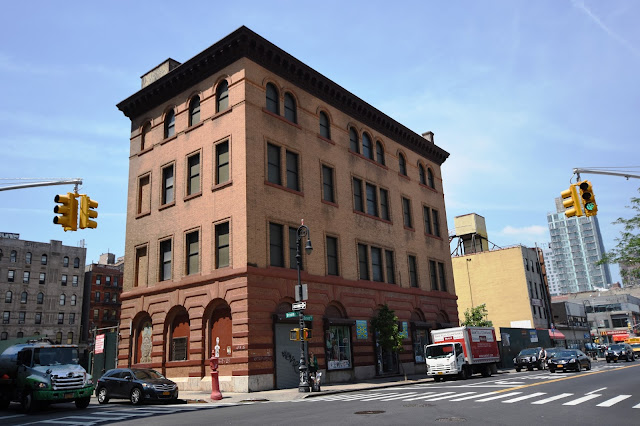 In the first decades after the Revolution contagious disease was a threat as some New York City neighborhoods grew crowded and unsanitary.  Yellow fever alone reached epidemic proportions in 1795, 1799 and 1803, claiming thousands of lives.  Other diseases—typhoid, smallpox, and cholera among them—struck well-founded fear in citizens and public officials.

In response, the city organized the first Board of Health in 1832, specifically to combat yellow fever and cholera.  But years before that, in 1791, the first of the public dispensaries opened—more or less the precursors of today’s urgent care walk-in clinics.   The same year that the Board of Health was organized, the third dispensary was opened at 420 Grand Street in a slum neighborhood of Irish immigrants who lived in squalid, unhealthy surroundings.  The Eastern Dispensary was granted its charter on April 25, 1832.

By the early 1850's, the Eastern Dispensary was treating thousands of immigrants each year, reflected in monthly reports.  On February 21, 1852, The New York Times reported that in January 1,843 patients received medical aid, of which 465 were attended to in their homes and 1,829 in the dispensary.  “Fifteen patients died,” noted the report.  During that month 3,787 prescriptions were given out.

Unlike some other facilities, the Eastern Dispensary was, as pointed out in an 1854 letter to the Editor of The Times, “wholly supported by voluntary contributions.”  The writer noted that the physicians at the dispensary “are daily and continually administering to the wants of the afflicted poor, who, were it not for the timely assistance thus rendered, would be left to languish in secret helplessness and unattended through the time of sickness, and many of them to sink, through neglect, into a premature grave.”

By the time of that letter the Dispensary was located at 79 Ludlow Street, having moved there in 1836.  By 1860, according to the president of the facility, G. A. Black, “it was treating a larger number of patients than any other dispensary in the city.”  That year the Common Council allotted the dispensary two rooms on the second floor of the Essex Market Building—a multi-purpose structure that housed not only a public market but an armory.

The conditions endured by the indigent families and the types of cases treated at the Good Samaritan Dispensary were exemplified by the Samuel Dorf family in 1893.  Samuel, his wife and son lived on the top floor of a six-story apartment house at 136 Delancey Street.  Crowded into the apartment with them were Samuel’s brother, Barney, and his family of four.

But, The Evening World reported, “The screaming child wriggled about in his fright on the fire-escape, and before the excited mother could get him in her arms again he rolled down through the opening in the grating and landed with a sickening crash on the fire-escape attached to the first floor.”

On September 18, 1955, The New York Times reported that the Good Samaritan Dispensary “apparently has outlived much of its usefulness” and that it would close on September 30.  Four years later the building was converted to offices on the upper floors with retail space at ground level. 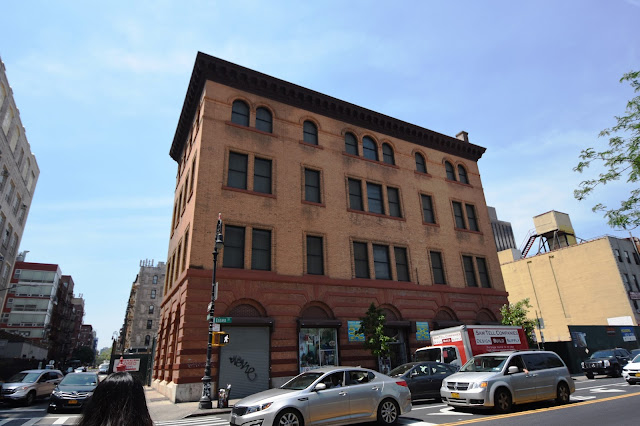