When Terra Cotta Outdoes Itself -- No. 1082 Park Avenue 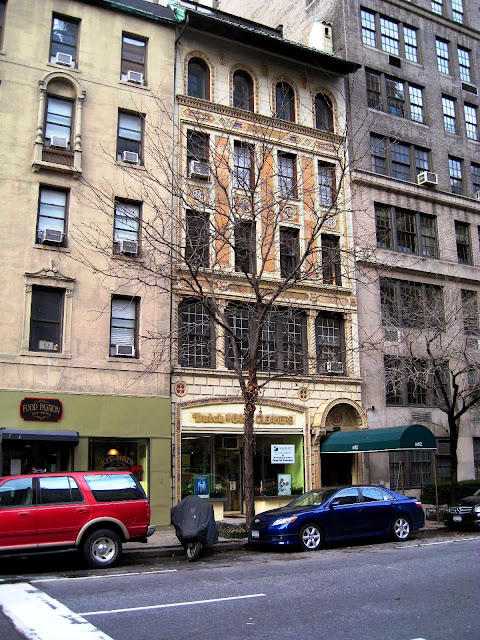 When bricklayer John P. Thorton hired Frederick T. Camp to design eight adjoining five-story buildings along the western block front of Fourth Avenue between 88th and 89th Street in 1887, the thoroughfare was still only marginally acceptable for respectable living.   Although the soot-coughing trains that had run up and down the center of the avenue had been relocated below ground in 1875; the stigma hung on.


Considering Thorton’s profession, it is not surprising that the new structures were brick-clad.  One year after their completion, the road was renamed Park Avenue; perhaps in an effort to upgrade its reputation and marketability.


Over the next two decades the face of Park Avenue would change dramatically.  Once lined with small business buildings like groceries and butcher shops, and minor residential structures; by the turn of the century the avenue saw the arrival of handsome Queen Anne rowhouses.  On the opposite side of Park Avenue from the Thornton buildings, Simon Ginsberg operated his upholstery and furniture shop.


In 1905 he purchased No. 1082 Park Avenue and relocated his shop.  Business was apparently good for Ginsberg, for his upholstery business engulfed most of the building by 1911.


Elegant private homes worthy of Fifth or Madison Avenue began appearing along the Avenue by the advent of the first World War.  The Ginsberg family lived upstairs at No. 1082 when son Herman joined the U. S. Army to fight for his country.  Tragically, on October 14, 1918, The Official U. S. Bulletin listed Private Herman Ginsberg among those missing in action.


When the New-York Tribune announced that Simon Ginsberg purchased the abutting corner building on January 29, 1922, Park Avenue was undergoing change again.  The private homes and remaining older business buildings were rapidly being razed and replaced with modern Art Deco apartment buildings.  The eight brick-clad buildings between 88th and 89th Street would soon be threatened.


A real estate development syndicate eyed the buildings as the site for a cooperative apartment house.  In 1924 they began construction of No. 1088 Park Avenue, building around Ginsberg’s two five-story buildings that he obviously refused to sell.


With everything on the block demolished except his two hold-out buildings, Ginsberg looked to update his two structures.  He commissioned architect Augustus N. Allen to create a new eye-catching façade for No. 1082.  Why he chose to initially ignore his newest real estate purchase is unclear; at any rate the transformation of No. 1082 was astounding.


Entirely faced in vividly-colored terra cotta, Allen’s refurbished façade was a Mediterranean fantasy.  Decades later the AIA Guide to New York City would deem it “Sicily in terra cotta.”  Below a deeply-overhanging cornice five stories of brilliant tiles executed by the Federal Terra Cotta Company of Woodbridge, New Jersey took the form of twisted engaged columns, heraldic designs, three-dimensional panels and rondels.  Above the arcade shop window, framed in an intricate terra cotta band, a wide surface allowed for the announcement of Ginsberg’s business name.  His name reappeared in the blank panels below the fifth and third floors.


Eventually the upholster/landlord redid No. 1080 as well.  In 1927 Harry Hurwit designed a new stucco-covered façade which retained several of the 19th century elements.


By the mid-1930s Simon Ginsberg was still operating his upholstery business in the building; yet he relinquished the income-producing ground floor to an Atlantic & Pacific Tea grocery store.  Before mid-century Ginsberg would be gone and the upper stories filled with private medical offices.


The doctors’ offices would remain in the building until 1978 when the upper floors were converted to a single apartment per floor; with two duplexes in the fourth and fifth stories. 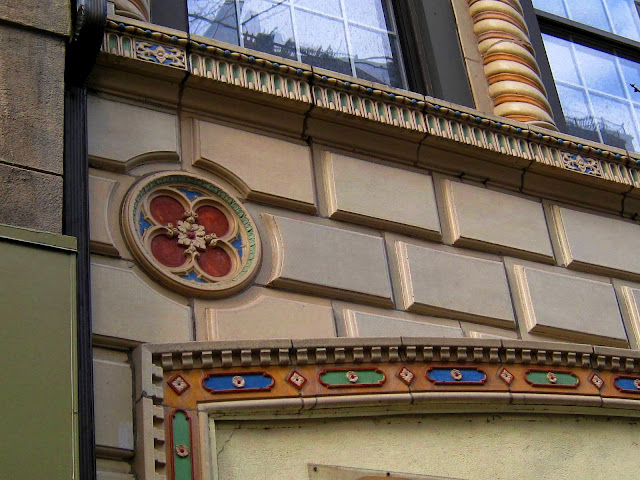 Tragedy struck No. 1082 Park Avenue in June 1996.  Since 1980 the sidewalk level commercial space had been home to the Dutch Girl Cleaners, co-owned by Evelyn and Walter Alvarez.  Known locally as the “lollipop lady,” the kindly Evelyn was familiar to neighborhood children for the candy she doled out from behind the counter.


Around 4:30 on the morning of June 11 the 65-year old Evelyn arrived to open the shop.  At 4:51 a 911 operator received a report of two screams and responding police found Evelyn lying in the doorway of the cleaners, bleeding from the head; the victim of an attempted robbery.


Three hours later the gentle woman known only for her thoughtfulness and compassion died in Metropolitan Hospital Center.