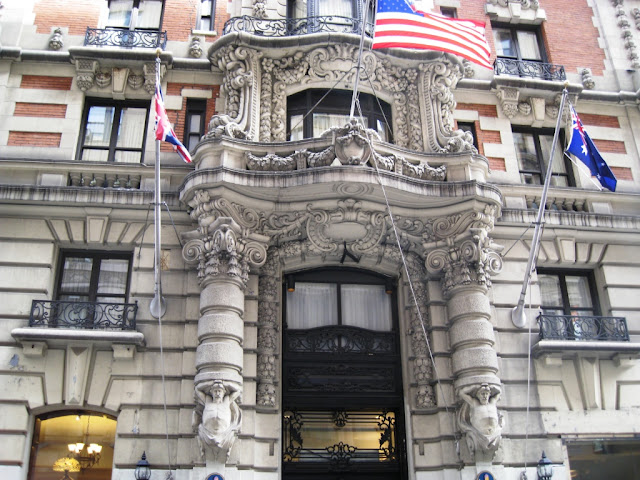 The area around 32nd Street between 5th Avenue and Broadway was one of excitement and change in 1901. Around the corner on Fifth Avenue were upper class stores like Tiffany, Gorham Silver and B.Altman and the fabled Waldorf-Astoria Hotel lured wealthy travelers from around the globe.

Plans were under way for the new Pennsylvania Station a few blocks away to the west. Macy’s gigantic department store had opened on 34th Street and the high-class Gilsey and Grand Hotels faced one another on Broadway. The entertainment district was rapidly moving from 23rd Street to Broadway.

Out-of-towners who spent extended periods in New York but did not want the expense of a second home sought out pied-a-terres in the innovative “apartment hotels.” These provided long-term accommodations without the need to bring servants or worry about maintenance. Apartments had no kitchens nor dining rooms – residents would dine in communal dining rooms or restaurants – and the hotel staff could cater to the guests’ needs.

In the Fall of 1901 the Old Colony Company was formed by J. R. Todd, Willard Barse and Henry Clay Irons in order to erect such a hotel in this promising area. The firm purchased three residences on West 32nd Street, Nos. 17 through 21, in June of the next year and commissioned architect Harry. B. Mulliken to design a hotel for the site.

In April 1903 the New York Hotel Record reported that the company had secured over $600,000 financing for the project and construction commenced a month later. The 154-room hotel was completed on September 15, 1904; a 12-story Beaux-Arts confection of brick and limestone, dripping with festoons, scrolled brackets, balconies and garlands.

On October 24, 1905 Mrs. Mary Jeannette Caley, “a handsome young woman” from Cleveland, Ohio was staying in Suite 72, one she had rented several times previously. The well-to-do guest had purchased her return train ticket to Ohio and had been, apparently, preparing to depart the hotel when she fired a bullet into her temple, killing herself instantly.

In her room were several furs, diamond jewelry and $133 in cash. Also found were a love letter from “Jack” on New York Athletic Club stationery that spoke of his yacht anchored in the East River, and a suicide note to her sister that said “Tired, tired. Forgive me, darling sister. Love me. May.”

A month later, however, the suicide was questioned. Much of Mrs. Caley’s valuable jewelry was missing from the apartment, as was nearly $400 in cash. The woman’s mother hired a detective and stressed, “I can never believe that my daughter took her own life. She had made all preparations to come here. Some one murdered her, and I shall not stop until he is punished.”

The mysterious letter from Jack had, by now, disappeared and so had the murderer.

In 1912 the building was sold for about $700,000 to Louis Markel who planned to make “extensive improvements” which he estimated would cost about $160,000. Among the “extensive improvements” was the breaking up of many of the large suites to smaller rooms for the use of transient guests. Markel leased the hotel to the Aberdeen Hotel Company, Inc. The company bought the building from Markel in 1915. 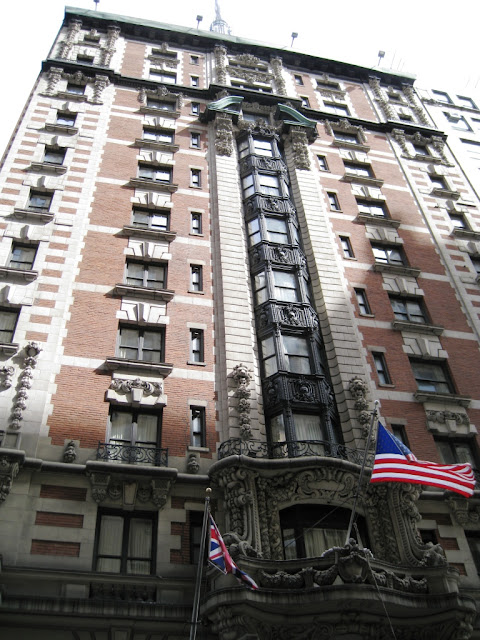 With the Jazz Age came liberated women with bobbed hair and dresses that showed not only the ankle but the knees. The Aberdeen shocked staid New York dowagers when it allowed single women traveling unaccompanied to stay there. At a time when unescorted women stayed in women’s hotels or followed strict rules, Rider’s New York in 1923 said the Aberdeen “treated men and women as equals.”

In 1921 The Aberdeen Hotel Company traded the hotel for the 13-story Riviera, the largest apartment building on Riverside Drive, owned by the Dasc Company.

In December of the same year, Federal prohibition agents raided the Aberdeen’s restaurant. The restaurant was thoroughly searched, including the lockers of the waiters. Concealed behind the cash register were bottles of whiskey. Max Bleich, the proprietor, Joe Reiter, a waiter, and Rose Anker the cashier, were taken to jail.

Excitement came again when on April 1, 1925, four armed robbers held up the night clerk, two bellboys and two guests in the lobby. One of the gunmen had registered as a guest as part of the scheme. The gang drove off with $5000 from the safe and $158 from the guests; however they sped uptown so fast that they drew the attention of police, resulting in a shootout on the streets. The bullet-ridden car was found abandoned later.

Over the years minor changes were made to the exterior of the hotel, long a favorite meeting place of labor unions and political committees. Storefronts were carved out of the street-level in 1933, the stoop was reduced in 1914, and the cornice altered in the 1930s. 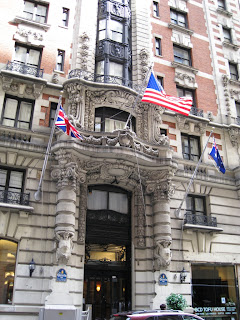 The recently-renovated hotel is now run by La Quinta and despite 21st century amenities such as WiFi internet, cordless speakerphones and cable TV, the frothy exterior is still reminiscent of a time when the Aberdeen was home away from home for financially comfortable travelers.

non-credited photographs taken by the author
Posted by Tom Miller at 3:14 AM