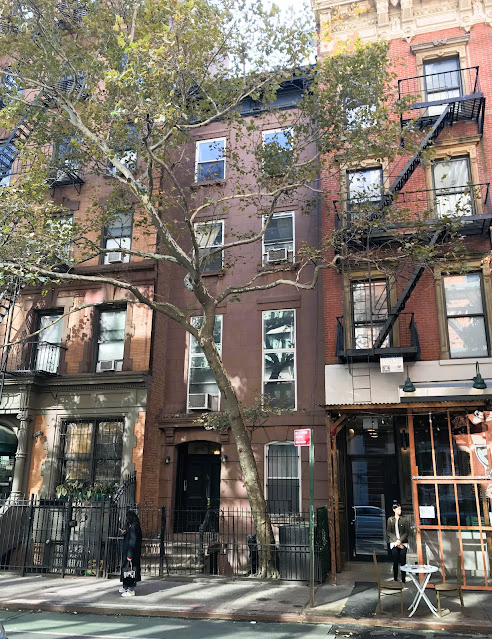 Robert H. Sherwood was a well-to-do attorney in 1851.  His recently built, 16-foot-wide house at 120 East 13th Street (renumbered 206 in 1867) stood apart from most of the residences in the neighborhood.  Its Anglo-Italianate plan did away with the ubiquitous high stone stoop.  Instead, the entrance sat above a low, three-step porch.  The elegant design included a rusticate stone base, above which floor-to-ceiling parlor windows sat upon a shallow stone bandcourse.  An attractive pressed metal cornice crowned the structure.

Inside we mounted a stately staircase, but when Todd opened his door, I glimpsed the interior of an apartment that was the polar opposite of the building's nineteenth-century opulence.  I'd never seen such a mess. 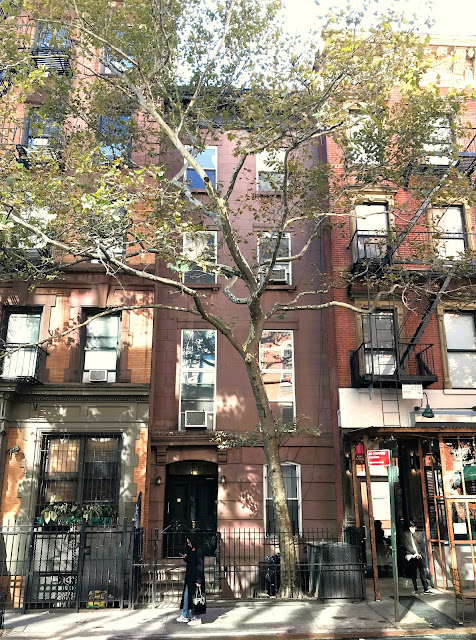 As had happened in the late 19th century, the tenor of the block changed again in the late 20th.  Tenements across the street have been replaced with a luxury condominium building, and former tenements have become comfortable apartments.  And despite its often sketchy history, Robert H. Sherwood's brownstone home survives after more than 170 years.
photographs by the author
LaptrinhX.com has no authorization to reuse the content of this blog
Posted by Tom Miller at 1:00 AM