In 1858 Henry H. Upham went into the sign-making business with John Garrett. The successful firm rose in importance, especially after 1870 when Upham became sole proprietor, changing the company’s name to H. H. Upham & Co. A year later he took on John Tully as a partner, followed five years later by Louis I. Haber. 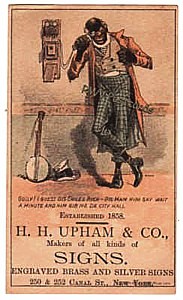 Upham produced a wide variety of signs – painted signs on commercial buildings; metal three-dimensional signs and novelty signs. With their patent of the “wire sign and banner” on October 11, 1875, the firm struck commercial gold at a time when Victorians embraced fanciful designs.By 1880 the company was employing up to 49 painters and craftsmen. Ordinary laborers were paid $1.25 a day with skilled workers earning twice that much. It became necessary, in 1890, to consider leaving their long-held offices at 250 Canal Street for a more substantial building to house its offices, showrooms and factory.

Architects Brunner & Tyron were given the commission to design the new building. Located at 54 South Fifth Avenue (which would become 508 LaGuardia Place when the street was renamed four years later), the structure was completed in 1891.

While the architectural firm was heavily involved in designing buildings for Jewish institutions – they were responsible for a dispensary for Mt. Sinai Hospital, the Downtown Hebrew Institute and three important Manhattan synagogues – here they produced an exceedingly handsome 5-story commercial structure for Upham & Co. A dignified Romanesque Revival building of ironspot Roman brick, it was trimmed with terra cotta and rock-faced brick. Large bronze cartouches below the cornice of the fifth floor were created by Upham & Co.; they not only served as an example of the firm’s masterful work, but announced the company’s founding date and that of the building’s completion. 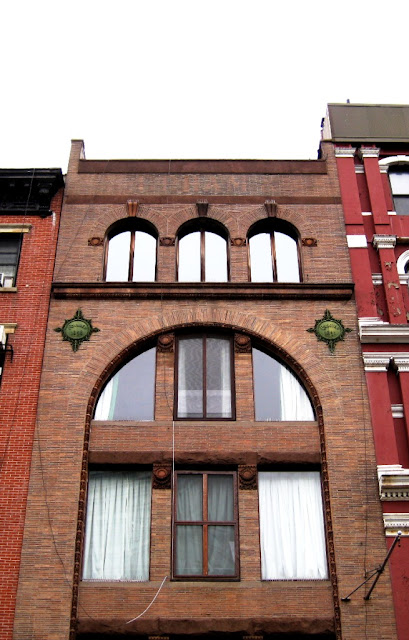 By now the firm was among the preeminent sign makers in the country. The 1891 “History and Commerce of New York” said “From its inception the house has maintained a trade supremacy which fully demonstrates the energy and executive ability brought to bear in its conduct…The firm possess the most perfected facilities and have unsurpassed advantages for promptly meeting all the demands made upon their resources. 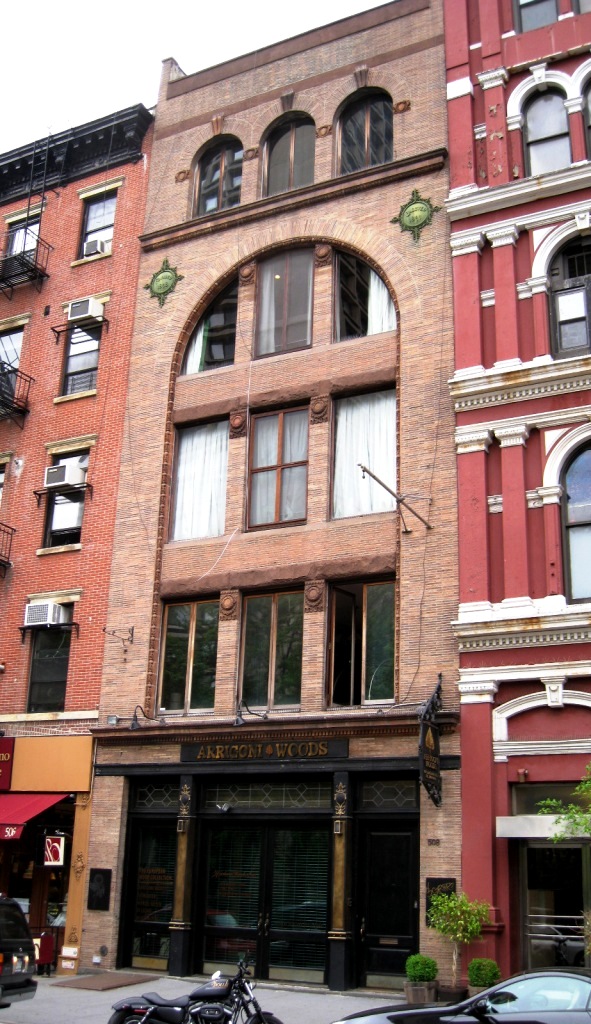 “Painting in all its branches is given careful attention, particular care being devoted to sign work of every description, and first-class service is assured in every instance.”

Orders arrived from throughout the United States as the firm widely advertised itself as “Makers of All Kinds of Signs – Engraved Brass Signs a Specialty,” and marketed its “painting, graining, kalsomining, etc.”

After Upham’s death, Louis Haber ran the company as President, Treasurer and Director; and brought his sons Ferdinand and Harold into the business. Harold Haber served on the board as Secretary.

H. H. Upham & Co. continued to create signs from No. 508 LaGuardia Place until the end of the 1950s. The building was used for various commercial and warehouse uses until it was renovated to residential space several decades later.

The Greenwich Village Society for Historic Preservation deems No. 508 LaGuardia Place as perhaps the finest example of industrial architecture of the late 19th Century in the South Village. Today the façade is relatively unchanged while inside are sleek and glamorous apartments. The four-bedroom penthouse with 30-foot ceilings was listed in December 2009 for $26,500 per month.