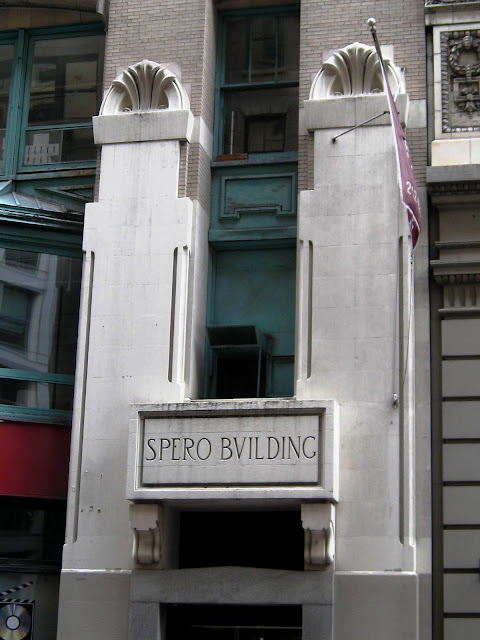 At the turn of the last century the block on 21st Street between 5th and 6th Avenues saw a burst of development.  The high-end brownstone homes of a generation earlier were quickly razed and tall manufacturing loft buildings were being erected.    Because many of the large retail stores along 23rd Street had their shipping and receiving entrances in the rear, 22nd Street was less desirable than 21st Street for light factory buildings because of the traffic.   In January 1908 The New York Times remarked that “This block on Twenty-first Street has shown unusually steady growth.”

Stern Brothers Department Store was one of the emporiums on 23rd Street.  Several years before the Times article was written Benjamin Stern had acquired the string of properties from No. 19 to 27 West 21st Street.  His intention was to open an annex connected to the main store by a tunnel.  Although the tunnel was built and was being used for the transfer of stock; the plan to build the annex was abandoned as the block rapidly filled with mercantile buildings as opposed to retail establishments.

In 1907 Stern sold the 104-foot wide property to developer David Spero who planned a modern loft building for the site.  The New York Times reported that “One of the few large gaps remaining in the rows of tall loft buildings on Twenty-first Street, between Fifth and Sixth Avenues, will soon be closed by the new twelve-story structure.”   Spero commissioned architect Robert D. Kohn to design the building.

In April of  that year Kohn’s magnificent headquarters for The Evening Post was completed.  It was exceptional among Manhattan buildings in that Kohn strayed from the safety of Beaux Arts and Renaissance-inspired architecture and looked across the ocean to the ground-breaking Art Nouveau style.  The Evening Post Building was a bold expression of the Vienna Secession offshoot of the avant garde style.  For David Spero’s new building Kohn would go back to the well.

Completed in 1908 at a cost of around $350,000, the muscular façade was clad in grey brick, limestone and granite.  Kohn ornamented the building with hefty two-story piers at the base that terminated in fountain-like art nouveau carvings.   In between, copper-roofed oriel windows added light to the interior and created an undulating movement to the façade.   The irregular roofline and the verticality of the uppermost floors which protruded slightly from the lower surface supported by metal brackets, reflected the Vienna Secessionist influence.

The neighborhood had already become the center of the apparel industry and quickly the building filled with garment firms.  N. Altman & Co. took 10,000 feet on the second floor in 1908.  Turkel & Felstiner was another early tenant in the apparel industry. 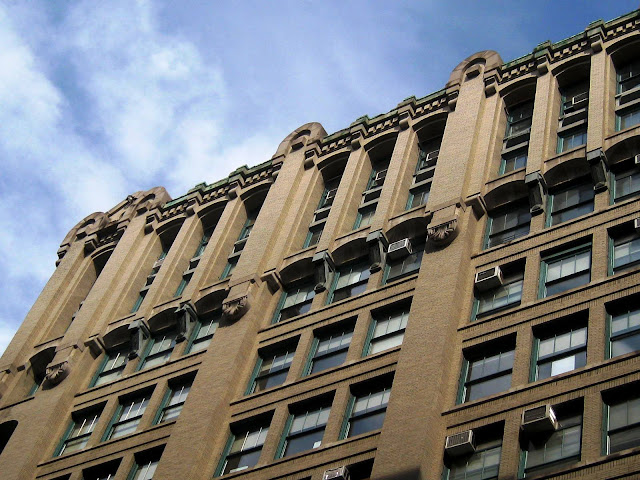 Rosenberg & Co. was here in 1911 when one of its employees went missing.  Although the poorly-paid girls in the dressmaking shops were often nearly-illiterate immigrants, 22-year old Hannah Reiner was educated and a lover of books.  During the summer months on her time off the Bronx resident would often hire a rowboat, row far out onto a lake in a park, then drift lazily along lost in a book.

On Tuesday, June 13 she did just that.   A 3:45 she rented a boat from Grosse’s boathouse in Pelham Bay Park and left her valuables for safekeeping—a pocketbook containing letters and $1.35, her white silk parasol and some other articles--then rowed out onto the bay with a copy of Shakespeare’s “Julius Caesar.”

It was the last anyone time would see her alive.

When Hannah failed to return for dinner, her mother became alarmed and sent her brother to find her.  The rowboat was found, without its oars, with the girl’s book on the floor.   As days passed, the police dragged the bay to no avail.  “Relatives of the girl believe that as she sat in her rowboat reading a novel some men in a motor boat swooped down upon her and dragged her into their craft,” reported The Evening World on July 21.  “It is believed that some vicious character observed the girl’s habit and lay in wait for her.”

The following day the same newspaper reported “Hannah Reiner Slain by Motor Boat Thugs.”  The article said that her body “was found this afternoon cast upon the beach at Throgg’s Neck.  The police discovered marks of violence upon the arms and face that indicated that she had been the victim of a mysterious murder.”

The coroner’s physician reported finding “many cuts and bruises.  A deep cut appeared on the head.  The arms were bruised and there was a depression on one side of the head that seemed to have been made by a blow.”

Amazingly, however, one day later, on July 23, the police and the coroner made a 360 degree reversal.  The Sun reported that “The police and Coroner are convinced that the young woman fell out of the boat in which she was rowing and that her death was an accident.”  The marks of violence were suddenly forgotten.  “The clothing was not torn and the body showed no bruises or marks.”

Although the family vehemently argued that there was foul play involved, the case of Hannah Reiner was abruptly closed. 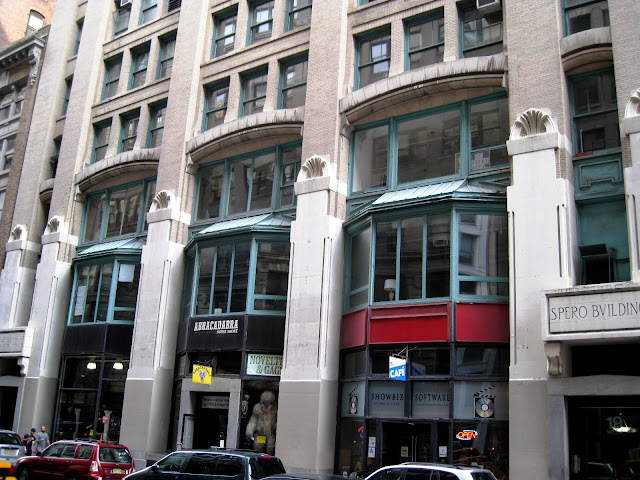 Earlier in that year, the tragic Triangle Shirtwaist fire resulted in the horrific deaths of 145 garment workers.  A year later, on March 21, the memory of that tragedy was fresh in the minds of girls making women’s waists, or fitted shirts, at the M. I. Nathan Company in the Spero Building.   40-year old Julia Gaillard went to the back room to brew a cup of tea over a small gas stove.  As she turned, her dress caught fire and the flames rapidly enveloped her clothing and seared her face.

“Screaming frantically, the girl began to race madly down the long aisle, the fire lapping out to threaten all the piles of cloth and paper patterns,” reported The Evening World.  Although a clerk, Isadore Nash, wrapped the woman in an overcoat and snuffed out the flames, it was too late to control the panic among the hundred other workers.  The World said “Remembering the Triangle fire, they began a mad scramble for the elevators.  Their panic was contagious and within five minutes several hundred more fear-mad women were clawing each other at every angle of the stairway from the second to the twelfth floor.”

The two elevator boys, Joe Lowrey and Joe Paul ran the cars up and down non-stop, attempting to take as many as possible at a time and trying to ensure the women that there was no fire.  “Meanwhile, all the building, from top to sidewalk, had caught the infection of panic,” said The Evening World.  “The stairs became jammed almost immediately, and those who heard the cry of ‘Fire!’ on the upper floors and rushed to the stairways found them clogged by those who were already fleeing in blind terror.  The fire escapes on the back of the building became black with girls.  Some threw open the windows on the Twenty-first street side of the building and screamed for rescue to those in the street.”

Although order was eventually restored, the burns to Julia Gaillard proved fatal.

In 1914 the prominent clothing manufacturer Joseph Jonasson & Co. contemplated leaving the Spero Building for “a new home in the uptown neighborhood.”  In its announcement, the firm seemed nearly apologetic.  “The Spero Building is not so very old and it is in the district close to Fifth Avenue, where the manufacturing houses flocked a number of years ago, and while its equipment and arrangement cannot be criticized, Joseph Jonasson & Co. have found that the increasing demands of their trade make it imperative that new and larger quarters be secured.”

American Cloak and Suit Review said that “There is no house in the entire industry that is more respected and esteemed than the Jonasson institution.”  The Spero management was no doubt nervous about losing one of its better-known tenants.   Yet the building continued to be filled with similar firms. 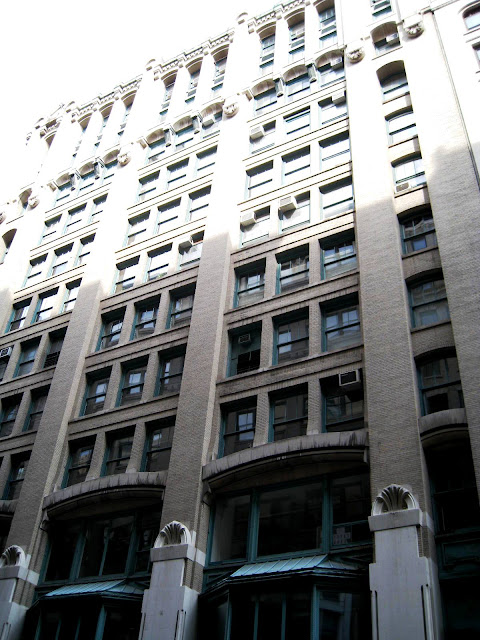 In 1916 Jacob Liss, “manufacturers of ladies’ waists,” moved in, followed by the W. & B. Dress Company on the 10th Floor.   During the 1920s there were new tenants like the Champion Cloak Company and the S. J. Hartsfeld Co., Inc. which made “boys’ wash suits.”   Superior Stitching Company took the 6th floor in 1927.

As the garment district migrated northward to 7th Avenue, the Spero Building saw a more varied tenant list.  In 1935 Orion Press, Inc. was here and in the 1940s was Berton Plastics, Inc.    Today an even great variety of renters can be found from Pangloss Films, the documentary film production company founded by filmmaker Peter Yost, to an acupuncturist office.  On the ground floor is a massive costume shop, Abracadabra. 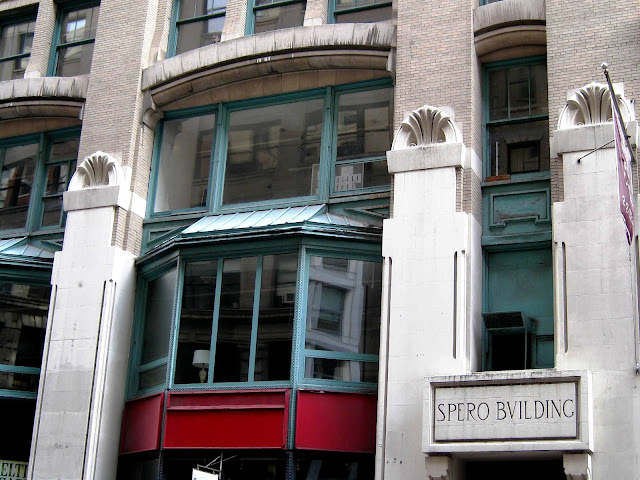 Richard Kohn’s masculine art nouveau design, reflective of the manufacturing purpose of the building, is nearly unaltered a century after completion.  It is a remarkable example of a rarely-seen style of architecture in New York City.

non-credited photographs taken by the author
Posted by Tom Miller at 9:27 AM