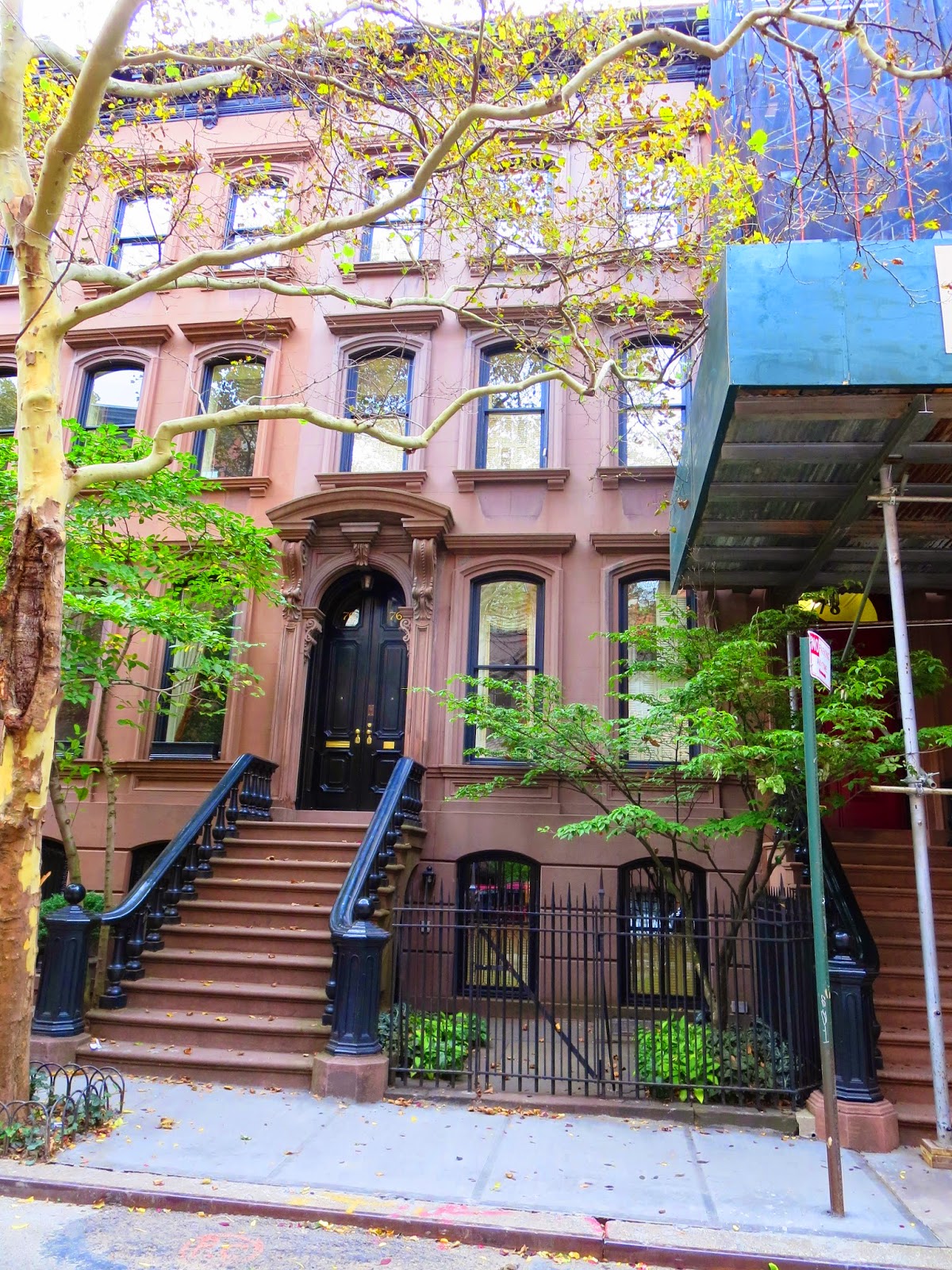 In the 1850s the new Second Empire style of architecture swept through the boulevards of Paris.  The Champs-Elysees would be lined with elegant structures in the style beginning in 1852, and the Louvre and the Elysee Palace would both get Second Empire additions or renovations.

The most fashionable Americans closely watched Paris for trends and filled their homes with French art and furniture.  The wealthiest New York socialites shopped for millinery and gowns in France.  So, it was no surprise that by the time of the American Civil War, French Second Empire buildings were appearing on the streets of New York.   In 1866 it would visit Greenwich Village’s Perry Street.

The once-rural hamlet which three decades earlier was known mostly for modest two-story brick-faced Federal or Greek Revival homes was seeing the appearance of rather opulent residences.  In 1866 the New York City Department of Buildings noted that real estate developers Bogart & Pangburn had begun construction on two new houses at Nos. 64 and 66 Perry Street.  Jeremiah Pangburn was already well-established in Greenwich Village as a developer and his partner, A. J. Bogart was a construction contractor.

The firm had commissioned architect Robert Mook to design the homes and he drew on the newly-fashionable Second Empire style.  While Nos. 64 and 66 would be identical; Mook would separately design the house next door at 62, begun and completed a few months later, as a near twin; adding a stylish mansard roof. 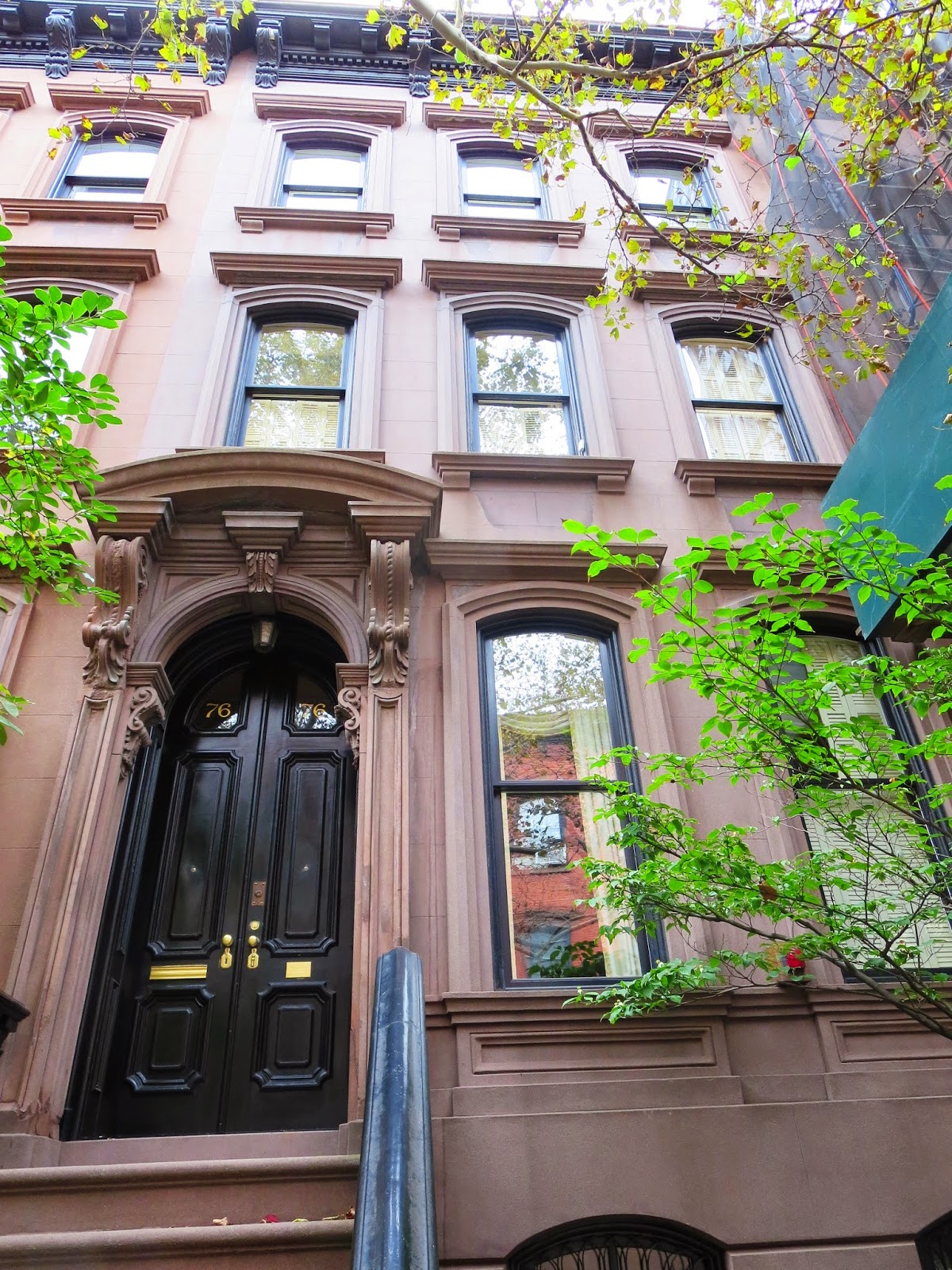 The houses sat back from the sidewalk where handsome cast iron fences protected the deep areaways.  This provided Mook the opportunity for dramatic 10-step brownstone stoops that led up to the wide homes.  Jeremiah Pangburn took No. 66 (later to be renumbered 76) for his own residence.  Like its neighbors, it boasted a graceful carved stone entranceway with a deep arched pediment sitting on scrolled, foliate brackets.  The paneled double doors carried on the French motif as did the segmental arched windows with their carved enframements and dignified cornices.

Pangburn not only dealt in real estate, but was a broker of bank and insurance stocks.   He opened his business around 1855 and gained much of his success and wealth through the development of the former Abraham Van Nest property—a 300-acre country estate engulfed by the expansion of Greenwich Village.  He quickly gain a favorable reputation, prompting New York’s Leading Industries to remark in 1885, “Mr. Pangburn is a recognized authority as to real estate values.  He numbers among his permanent customers many of our leading capitalists and investors, and has carried to a successful issue transactions of great magnitude.”

Pangburn was also a director in the West Side Savings Bank and a member of the New York Consolidated Petroleum Exchange.  Born in the city in 1826, he had married twice, and lived for several years at the corner of Charles and Washington Streets.  He moved into the Perry Street house with his wife and four children—three sons and a daughter.

Unlike today’s detached services in commercial funeral homes; Victorian funerals were held in the families’ parlors.  Family members were intimately aware of the immediacy of death as the body of their loved one lay awaiting the service; often for a day or more.  When Jeremiah Pangburn’s 57-year old brother William died in Albany on New Year’s Day 1886, his funeral was held in the Perry Street house three days later.

That same year Pangburn would testify on behalf of the elevated railroad planned for erection on Greenwich Street.  Although Pangburn took the stand to support the project; the attorney for the property owners who filed suit against the plan successfully forced him to back down.

When the lawyer asked Pangburn where he resided, the answer was “In the City of New York; never lived out of it.”  He gave his Perry Street address to the narrower follow-up question.

“You own the house there, or rent it?” asked the lawyer.

The attorney recognized his opening and struck.  “Would it be a damage to the rental capacity of that house to have an Elevated Railroad—a double track railroad—put through that street?”

Pangburn was cornered.  “It would,” he replied.

Jeremiah’s now-grown sons were doing well for themselves as well.  Jeremiah, Jr. was in the coal business and in December 1886 was instrumental in organizing the coal dealers into the West Side Coal Dealers’ Association.  For decades he would be an officer and moving force in the union.  Son James T. Pangburn was appointed a City Marshall in 1895. 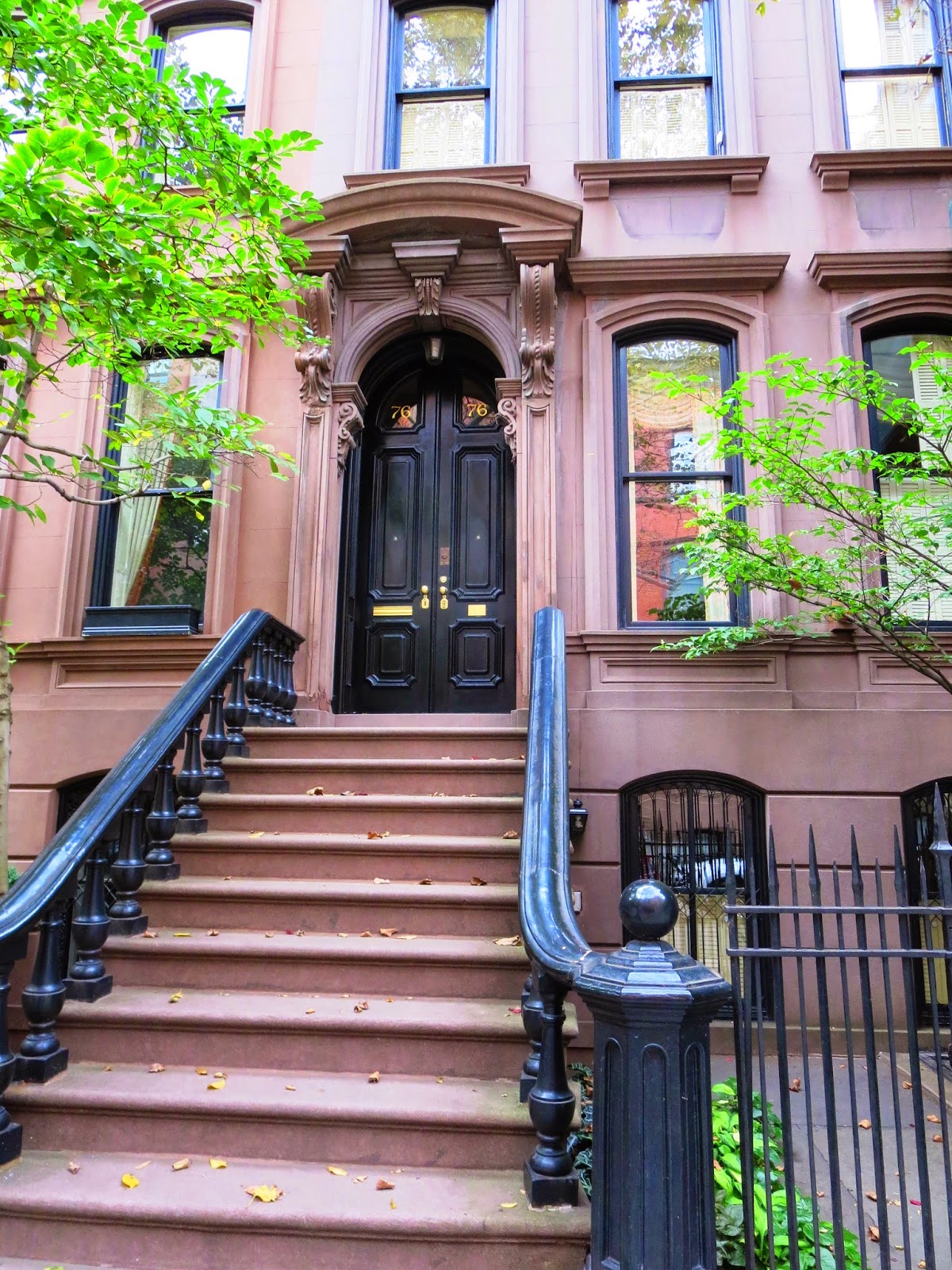 The house became home to the Walter Logan family which, like the Pangburns, would remain for decades.  Walter and his wife, the former Caroline Holtz, had four daughters and one son.  Following Walter’s death, Caroline lived on in the Perry Street house along with daughter Caroline Daisy Logan.

In 1933 Caroline Holtz Logan died in her bedroom.  The last funeral to be held in the parlor here, this one for her daughter, Caroline Daisy Logan, would be in January 1958.

Since Jeremiah Pangburn first turned the key to No. 76 Perry Street in 1866 much has changed.  Handsome black carriages once waited at the curb for the well-dressed Pangburn family to descend the brownstone stoop.  In the 1920s the Logan family listened to a hulking radio in the parlor and in the 1960s trendy Greenwich Village residents in tie-dyed shirts passed along the sidewalk. 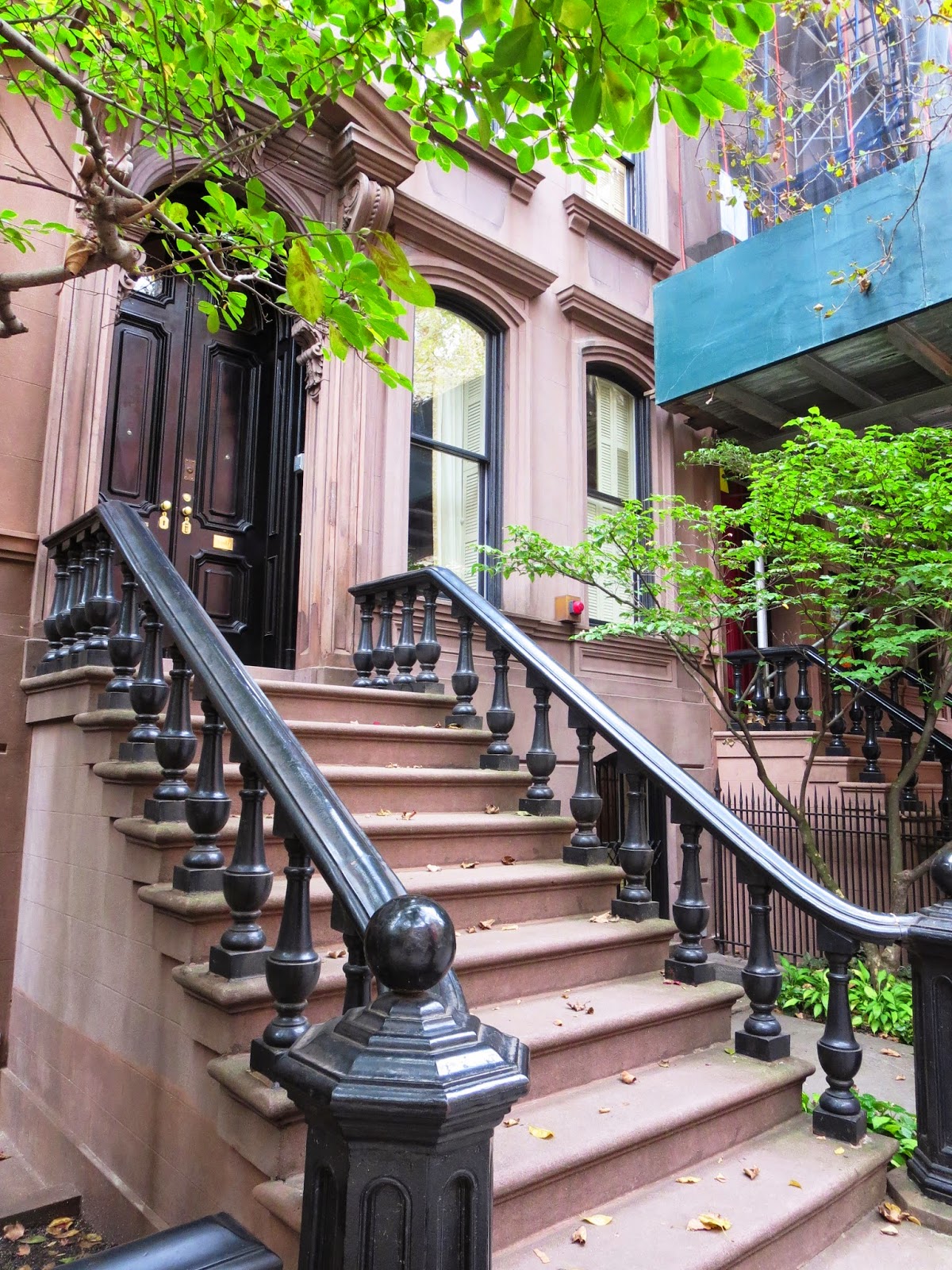 But little has changed to Jeremiah Pangburn’s handsome brownstone residence, itself.  It serves as a reminder of the days when this block of Perry Street began flexing its muscle as a fashionable residential area.