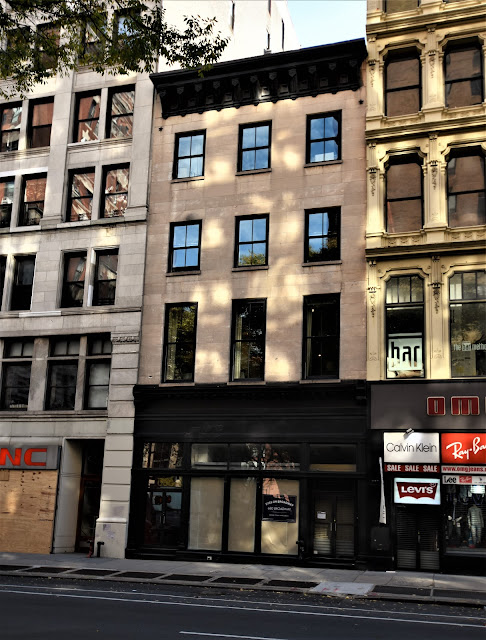 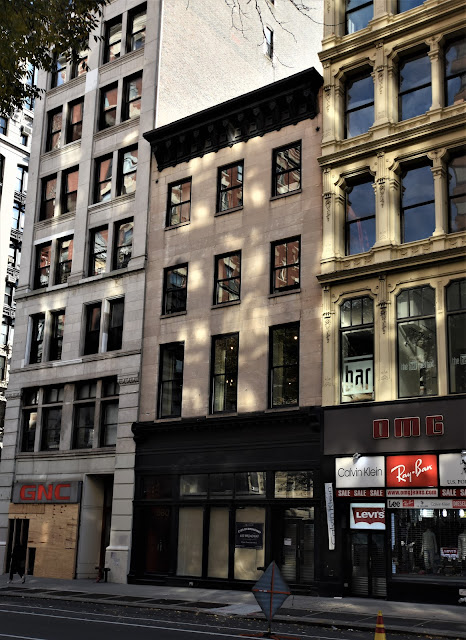 Today the 1920 storefront is virtually intact and, amazingly, the marble façade and cornice of the upper floors survive, although the Victorian details of the openings have been shaved flat.
photographs by the author
Posted by Tom Miller at 1:10 AM