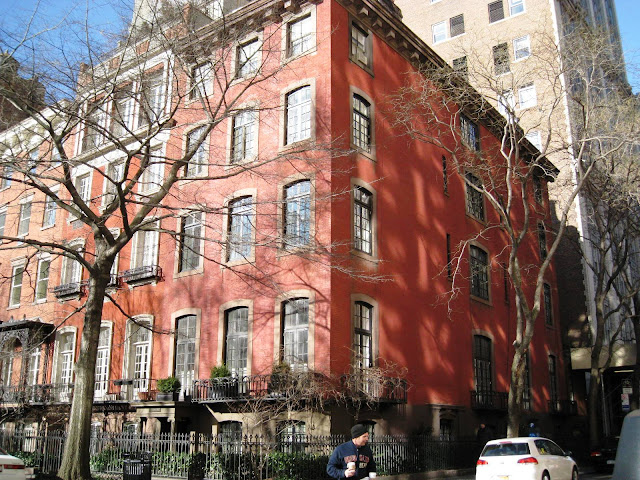 By the time Samuel B. Ruggles' ambitious vision of Gramercy Park was becoming reality in the 1840s, Dr. Valentine Mott had created quite a reputation for himself.  Born in 1785 in Glen Cove, Long Island, Mott came from a Quaker medical family.  After earning his medical degree at Columbia Medical College in 1806, he studied surgery in London under the renowned Sir Astley Cooper.  Mott showed such potential that Astley appointed him assistant in surgery almost immediately.  Three years later he returned to New York, recognized as a skilled surgeon at a time when operations were painful (anesthesia was uncommon at best) and often fatal.

In 1849, the same year that Valentine Mott was elected President of the New York Academy of Medicine, he moved into the new house at 1 Gramercy Park, a dignified four-story Italianate brownstone mansion.   Mott and his wife, the former Louisa Dunmore Munn, reared nine children in the house.

Perhaps the sole bright spot for the Mott household that year was a visit by the Prince de Joinville.   Valentine Mott had been “intimately acquainted” with the prince’s father, Louis Philippe, according to The New York Times and in 1841 the prince had been entertained by Mott.   Before leaving for Washington on September 17, 1861, “a visit was paid by the Prince and part of his suite to old Dr. Mott, in Gramercy-park,” reported The New York Times.

Valentine Mott died in his bed at 1 Gramercy Park on April 25, 1865; a little over a week after the assassination of Abraham Lincoln.  The story is often repeated that Mott died from the shock of the president’s death; a possibility given the doctor’s history of a nervous system disorder and his advanced age.

Beginning in 1939 the house underwent a rapid series of sales.  That year the estate of Dr. George F. Cottle sold it to Frederick H. Meeder of the Dion Realty Company.  Two years later Harry Marks, president of the Delnor Realty Corporation purchased it for about $50,000.  At the time of the sale The New York Times remarked that “The exterior of the brick building retains the characteristics of the early days, but the interior was rebuilt some time ago and provides accommodations for ten families in two-room and three-room suites, in addition to an artist’s studio on the top floor.” 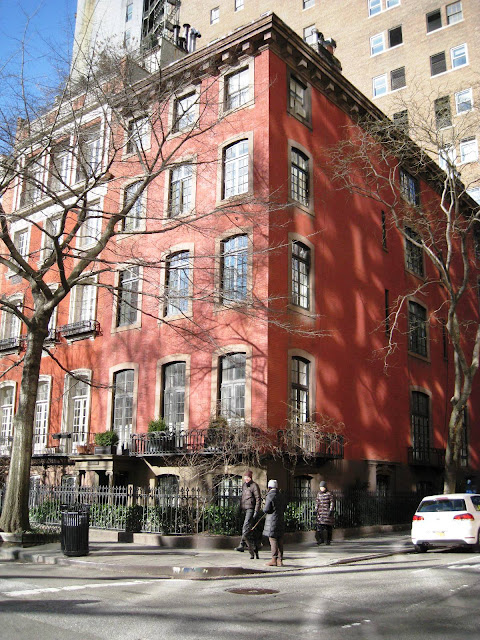 Marks sold the property in July 1945.  The buying syndicate purchasing the house “plans more extensive alterations in the near future,” reported The New York Times.