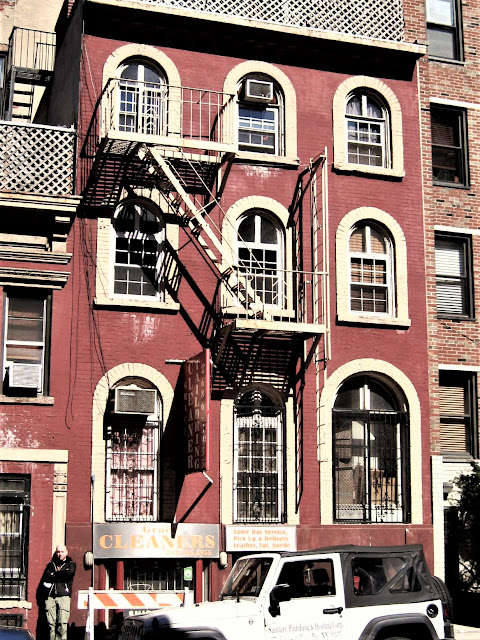 In the early 1850's attractive brick-faced residences rose along East 27th Street, between Lexington and Third Avenues.  The owner of No. 83 East 27th Street (renumbered 137 in 1868) was taking in boarders by 1853 when Peter Mead and Frederick Somers, both printers located in the Bible House, and policeman Daniel Vandewater listed their addresses here.
On August 22, 1855 an advertisement appeared in the New-York Daily Times offering:

Small Cottage House for Sale--In 27th-st, near Lexington av.  The house is three stories, basement and sub cellar, and built in the best masonry; has all the modern improvements, and is in every respect desirable for a small family.  Price $5,700, which includes gas fixtures and furnace. 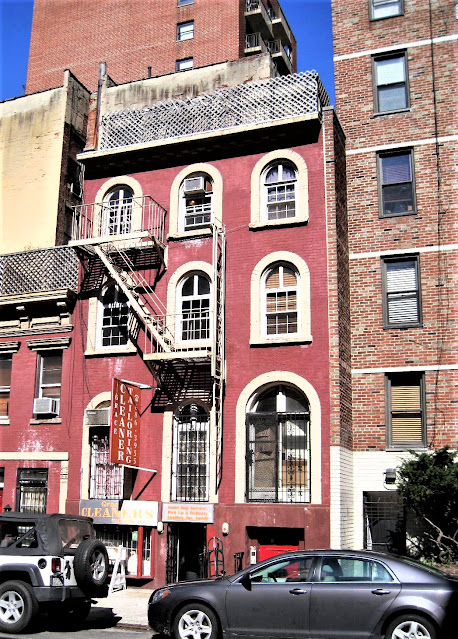 Today the masonry of the venerable Parmly house is painted and the former English basement could best be described as an eyesore.  But the stories that have played out within its walls are fascinating.
photographs by the author
Posted by Tom Miller at 5:52 AM