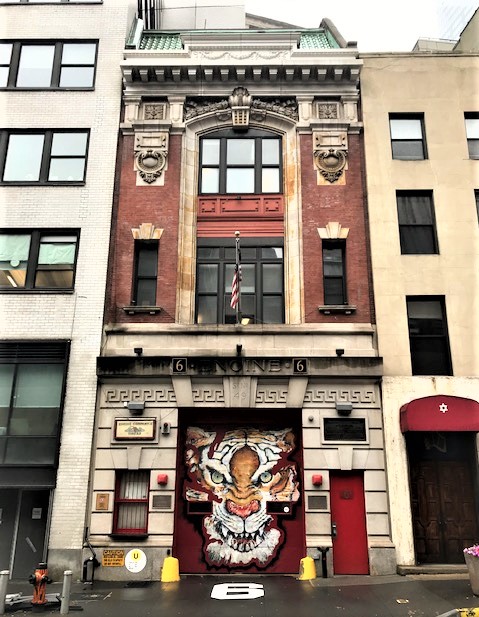 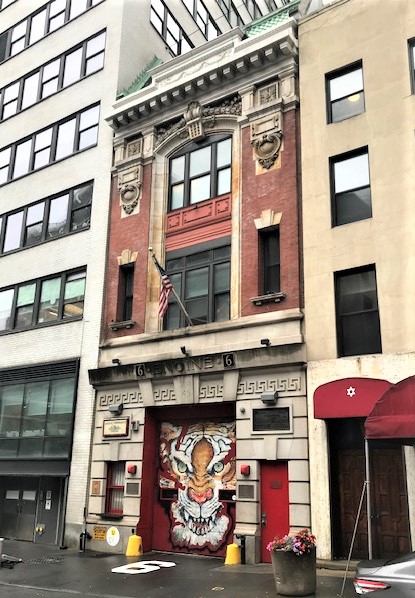 Still in residence today, Engine Company 6 placed its own number over the 1903 carved "32" and painted the bay doors with a vibrant mural of a tiger, the company's symbol.
photographs by the author
Posted by Tom Miller at 11:05 AM