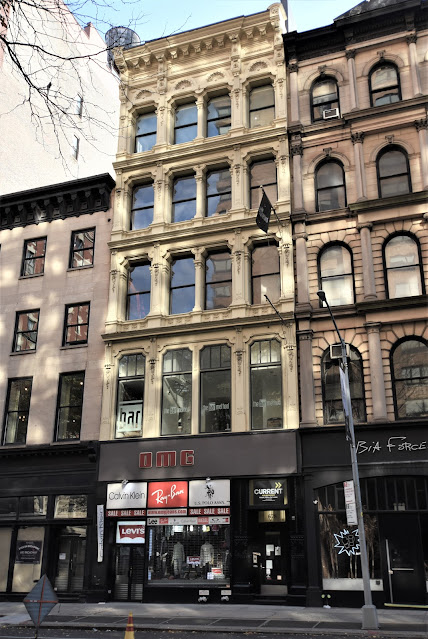 In 1836 attorney Samuel Alfred Foot began construction on his sumptuous 28-foot wide home at No. 678 Broadway.  The project consumed him and he wrote it "has occupied too many of my thoughts, and too large a portion of my time.  A wise man will never build a house."  When the residence was completed the following year, Foot and his family (he and his second wife, Jane Campbell, would have 14 children) filled it with furniture custom made by Duncan Phyfe.

The neighborhood was filled with similar homes of New York's wealthiest citizens at the time.  But by the years preceding the Civil War those homeowners had moved northward, fleeing the encroachment of commerce.  Their once-elegant homes were either converted for business purposes or razed.
The Foot house survived until 1874 when it was demolished by developer Thomas A. Davies.  He hired the architectural team of brothers David and John Jardine to design a modern loft and store building.  Five stories tall, it was completed the following year, an exuberant cast iron take on  Renaissance Revival.  Each of the floors above the storefront were treated essentially the same with garlands of flowers dripping from the piers that separated the deep-set windows.  Decorative shells sat atop each of the fifth floor openings, above which was the ornate cornice. 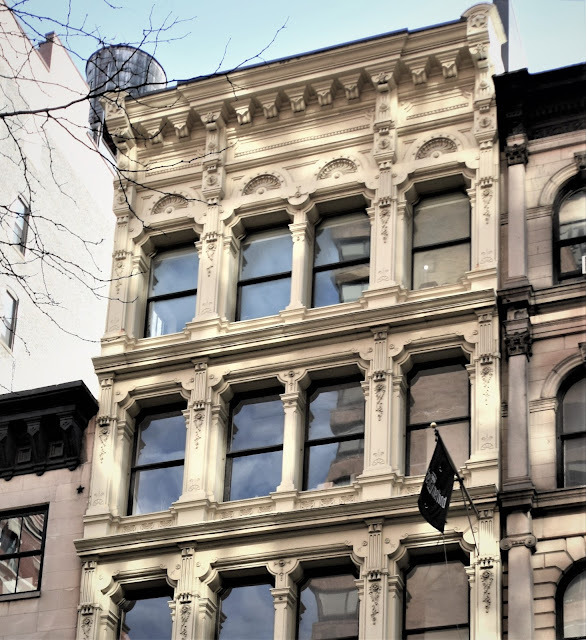 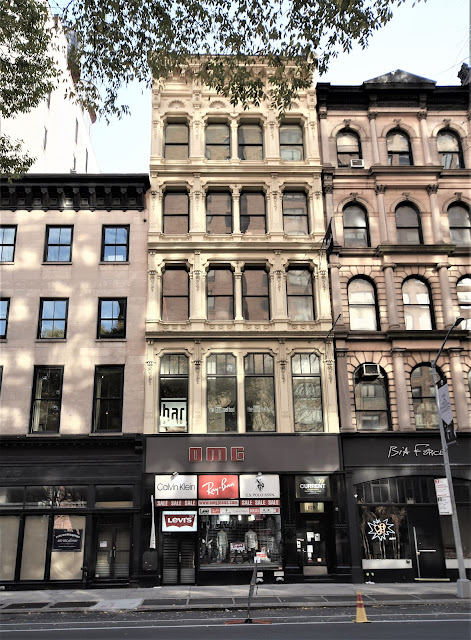 Surviving elements of the 1875 storefront can still be seen today and the upper floors of D. & J. Jardine's handsome cast iron structure are beautifully intact.
photographs by the author
Posted by Tom Miller at 1:01 AM