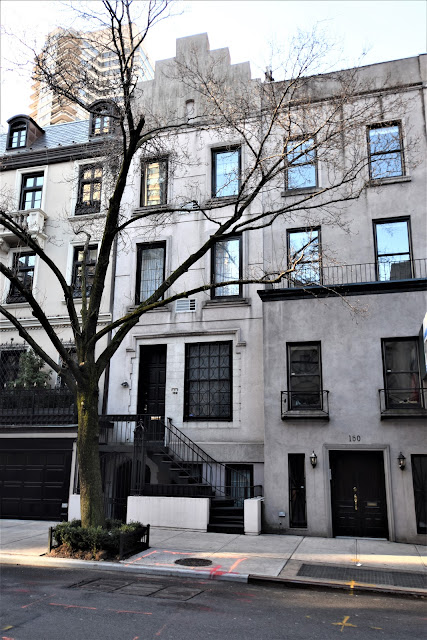 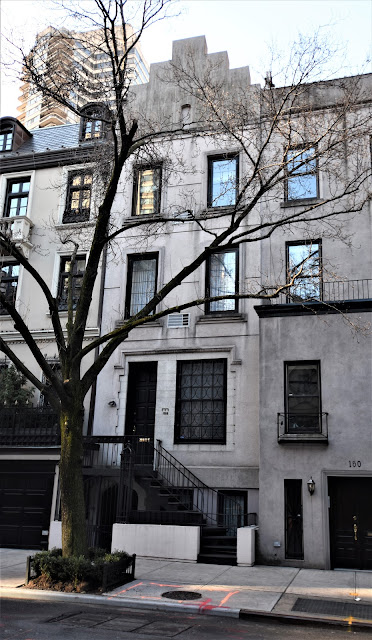 In 1984 the basement apartment was converted to a doctor's office.  The cutting of the doorway into the second floor was done with surprising respect for Sterner's design.  Why the molding along the edges of the stepped gable was removed is a puzzle.
photographs by the author
Posted by Tom Miller at 1:06 AM