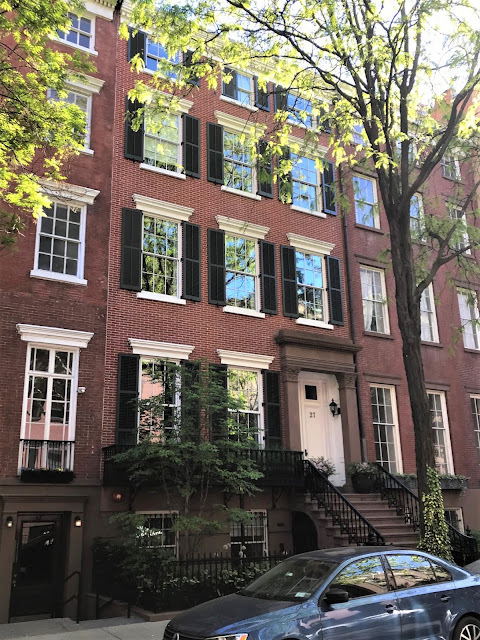 In 1845 Samuel Holmes completed construction on a fine, 26-foot wide home  at 43 11th Street (renumbered 27 in 1868).  His elegant three-and-a-half story home sat above a brownstone basement level.  Its Greek Revival design included handsome ironwork fencing enclosing the  areaway, stoop railings, and a balcony at the parlor level.  Above the broad stoop, the doorway sat with a brownstone enframement, flanked by two pilasters with foliate capitals.  A wooden cornice with delicate dentils ran along the roofline.
Holmes was in the drygoods business at 22 John Street.  He and his family remained here until 1853 when they moved to Fifth Avenue.  The 11th Street house became home to the esteemed physician, Edward Griffin Bartlett.
Barlett was born in Portsmouth, New Hampshire in 1824.  After graduating from Yale College in 1846, he moved to New York City and joined the Union Theological Seminary.  But, according to the historian of his Yale class in 1871, "his health was not firm, and in 1849 he entered the New York University Medical School."
On September 24, 1850, three years before buying the 11th Street house, he married Jane Ball.  They would go on to have eight children. 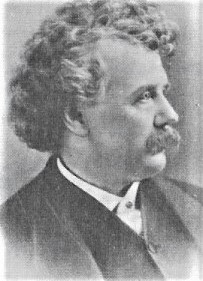 Dr. Edward Griffin Bartlett, Yale College Class of 1846 25th Anniversary, (copyright expired)
A homeopathic physician, Bartlett occasionally wrote for medical journals.  In his off-time he was an amateur artist, however the Yale anniversary book admitted, "His taste for painting he can gratify only to a limited degree."  He was, nevertheless, a member of the Academy of Design.
The Barletts' only son, William, went on to become an Episcopal priest.  While traveling in Chicago in 1869, he married a young couple, a Mr. Guiteau and a Miss Bund.  Years later he was "horrified," according to The New York Times when Charles Julius Guiteau assassinated President James A. Garfield.
By then the Barlett family had been gone from East 11th Street for some time.   In 1860 William P. Stewart had moved in and would remain for about a decade.  Directories listed no profession for Stewart, indicating he was either retired or simply financially comfortable enough not to need a job. 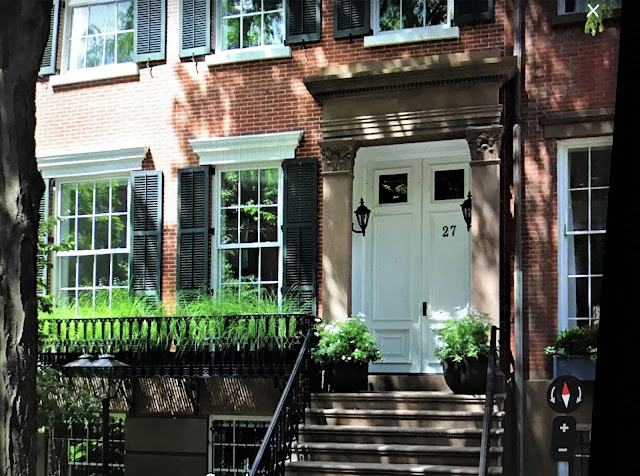 Around 1873 27 East 11th Street was being operated as a high-end boarding house.  Its most interesting resident that year was Señor Don Felipe Zapata, Colombia's "Envoy Extraordinary and Minister Plenipotentiary."
An advertisement in the New-York Tribune on June 1, 1897 encapsulated the amenities boarders could expect:  "Handsome rooms; sanitary plumbing; excellent table; table board; fine, central location; reasonable."
The house received some unexpected guests on January 10, 1899 following a horrific train crash on the New Jersey side of the Hudson River.  Two trains traveling in opposite directions on the same track collided head-on at 12:47 p.m.  Thirteen passengers were killed and 30 others were "maimed, bruised and otherwise injured," according to the Indianapolis Journal.
Some of the injured were taken to boarding houses, and The New York Times reported, "Miss Annie A. Johns, Miss S. Johns, Miss L. Johns, Mrs. A. Hughes, Mrs. Fulton, and Miss Fulton, all from Shamokin, are at 27 East Eleventh Street."
Mrs. Hughes told a reporter:

We had gone to the front end of the second car to get a drink of water, and the force of the collision threw me to the floor.  I was buried under several others, and for a while was unconscious.  I don't know how I was taken off the car or what happened after that.  The scenes were pitiable, and I was glad to get away as soon as possible.  What I saw will be impressed on my mind as long as I live.  The wounded, the dead, the wreck and escaping steam and fire made it too horrible to describe.  We escaped fairly well in our car, which was the second.  Those who were standing up were hurt more or less.  I think my aunt, Miss Johns, was the most seriously injured of those in the second car. 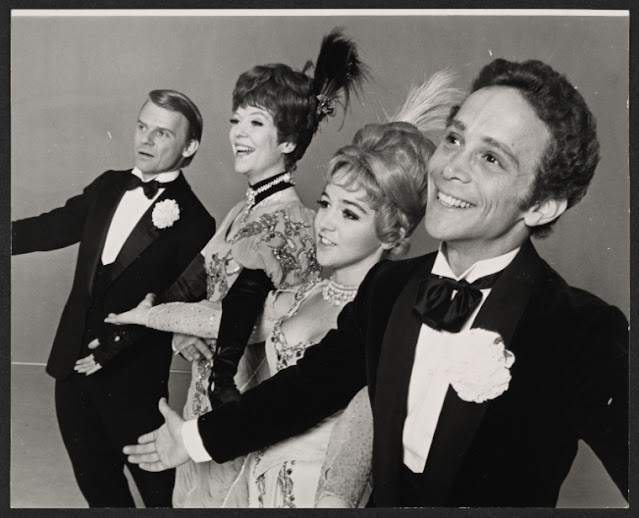 Jerry Dodge (left) with Betty Ann Grove, Patti Mariano and Joel Grey in the stage production of George M! in 1968.  from the collection of the New York Public Library
He was appearing in the musical Mack & Mable when he died of "chemical poisoning," on November 4, 1974, according to The New York Times.  The article said, "He was 37 years old and had been undergoing medical treatment for a virus infection." 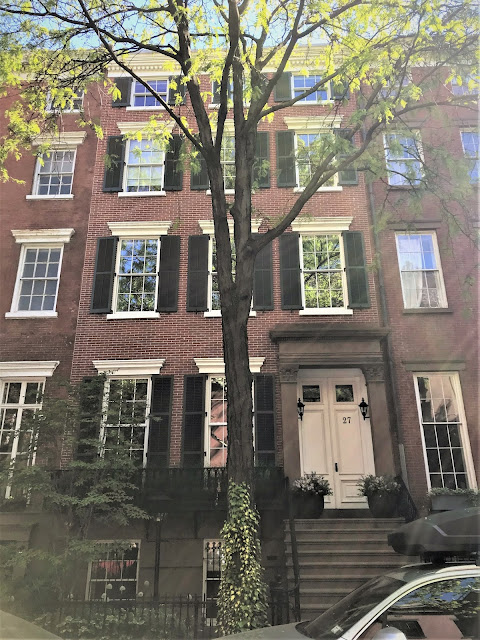 The dignified 1845 residence was never officially converted to apartments.  It remains a single-family home today.
photographs by the author
LaptrinhX.com has no authorization to reuse the content of this blog
Posted by Tom Miller at 1:04 AM